May 07 Posted by Joe Latta in Ohio

Porchlight Project, a nonprofit that provides assistance to families of the missing and murdered in Ohio, paid for DNA testing 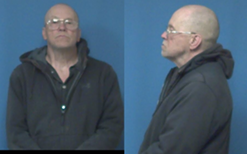 Cuyahoga Falls police today announced the arrest of 67-year-old James Zastawnik of Cleveland for the December 1987 murder of Barbara Blatnik.

Blatnik was just 17 when her nude, strangled body was found near Blossom Music Center, some 30 minutes away from her home, five days before Christmas.
The three-decade-old cold case had received renewed interest in the past year after the Porchlight Project, a nonprofit that provides assistance to families of the missing and murdered in Ohio, paid for DNA testing of samples taken from under Blatnik's fingernails and forensic genealogy of the results by Colleen Fitzpatrick and her team at Identifinders International.

"It is great to see justice done for Barbara Blatnik. The detectives who worked on this over the years never gave up on finding the killer especially Detective Tlumac. This is also a great example of cooperation between law enforcement, the Porchlight Project, Identifinders and BCI coming together to creatively look for a solution to resolving a brutal murder." Cuyahoga Falls Police Chief Jack Davis said in a statement

"We were very pleased to work with the Cuyahoga Falls Police using Genetic Genealogy to bring closure to the Blatnik family," Colleen Fitzpatrick of Identifinders International said.

Barbara's sister Donna has led the charge to keep the case active throughout the years and remember her beloved Barbie, who was set to be the maid of honor at her wedding before her death. A tattoo on Donna's arm reads Tu me mangues. As she told Porchlight Project founder James Renner last year, "The French have a different way of feeling loss. They don't say 'I miss you.' They say, 'You are missing from me.'"

She can never bring Barbara back to make her whole, but this week she got a little bit of closure that she's been waiting years for.

"We got him," Renner told Scene. "This was a particularly difficult case for Colleen Fitzpatrick and her team of genealogists at Identifinders International because Barbie's DNA was mixed with her killer's. But they sifted through the data one marker at a time, separating his DNA from hers, and in that way isolated his profile. It's amazing!"

Anyone with further information about the case is asked to call the Cuyahoga Falls Police Department Detective Bureau at 330-971-8334.

Arrest Made in 1987 Cold Case Murder of Barbara Blatnik Thanks to Genetic Genealogy | Scene and Heard: Scene's News Blog