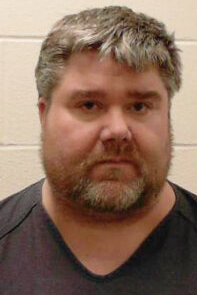 AUBURN — A 44-year-old Auburn man was arrested Friday and charged with the rape and murder of a woman in Fairbanks, Alaska, in 1993.

Maine State Police arrested Steven H. Downs in connection with the slaying of 20-year-old Sophie Sergie in April 1993 at the University of Alaska Fairbanks.

Downs, a nurse, was arrested by the Maine State Police Tactical Team late Friday afternoon in the parking lot of the Fireside Inn in Auburn. Police also searched his home at 132 Hillcrest St., where they obtained a DNA sample, according to a criminal complaint.

He was charged with first-degree murder and sexual assault.

"This arrest is the culmination of years of effort and tenacious attention by the department to solve a horrendous murder," wrote Amanda Price, commissioner of the Alaska Department of Public Safety. "I and the entire department send our heartfelt sympathy to the family of Sophie Sergie and hope this arrest brings some sense of peace."

"The Sophie Sergie homicide case is one of the most notorious here," a reporter at the Fairbanks Daily News-Miner said Friday.

Custodial workers on the UAF campus discovered Sergie's body in a women's bathroom of Bartlett Hall, a dormitory at UAF, on April 26, 1993. Charging documents say she had been sexually assaulted, shot in the back of the head and stabbed numerous times, The Associated Press reported

Sergie, a resident of Pitkas Point, Alaska, and a previous student at UAF, was in town on personal business and visiting friends on campus. She was last seen alive when she left to smoke a cigarette and her friend suggested she smoke near exhaust vents in the women's tub room to avoid the cold outside, the court papers said.

Downs was a UAF student at the time of the killing and lived in the dorm where Sergie's body was found, Alaska State Troopers said.

An investigation was launched by the UAF Campus Police, but was soon taken over by the Alaska State Troopers. Suspect DNA was recovered during the investigation and a unique suspect profile was identified from the DNA; the information was uploaded into "CODIS" – the national Combined DNA Index System.

Police said that last year, investigators learned of new DNA technology that might help lead them to the killer. More testing was done and, police said, results revealed that the likely suspect was Downs, whom they tracked to Auburn.

Police from Alaska came to Auburn on Monday, according to Stephen McCausland, spokesman for the Maine Department of Public Safety. They had worked with Auburn and state police over the past few years before Downs was arrested without incident Friday outside the Washington Street hotel.

Downs was being held Friday night at the Androscoggin County Jail in Auburn. He will be extradited to Alaska, troopers there said.

The new DNA technology used in the case is called genetic genealogy testing, according to the AP. It was also used to make an arrest last year in the Golden State Killer case in California. Former police officer Joseph James DeAngelo faces 13 rape-related charges and 13 murder counts stemming from crimes in the 1970s and 1980s across six counties in the state.