"Ms. Chamberlain's family has been waiting 33 years for answers. Massachusetts prosecutors announced Monday that a convicted sex offender in state custody has been charged with the rape and murder of a Boston woman in a cold case that went unsolved for 33 years.

He has been held in civil custody since 2008. Following a conviction in the 1990 rape of an elderly woman in Revere, Vega was required to submit a DNA sample and serve 20 years, but toward the end of his sentence a jury found him too sexually dangerous to live among the public, Rollins said.

Chamberlain was found strangled to death in what was formerly known as the Fargo Building located at 451 D St. in Boston's Seaport on July 28, 1988, the Boston Herald reported.

Police said there was evidence the woman has also been sexually assaulted, and a sample was submitted to the FBI's Combined DNA Indexing System, or CODIS, which attempted to make a match between unidentified DNA samples and known offenders, Mass Live reported.

A hit didn't come until 2011, and investigators identified Vega, who also goes by the aliases Carl Vega, Ricardo Vega and Ricardo Mazzerino, as a suspect in Chamberlain's killing, but the Suffolk County District Attorney's Office at the time "did not believe that they had sufficient evidence to meet their burden of proving Mr. Vega's guilt beyond a reasonable doubt," Rollins said.

When she took office in 2019, Rollins said she directed resources to reevaluate 1,300 unsolved homicides stretching back 50 years. Her office gathered additional evidence necessary in Vega's case to present finding to a grand jury, which returned an indictment on Aug. 30.

His arraignment in Suffolk Superior Court is scheduled for later this month.

"Ms. Chamberlain's family has been waiting 33 years for answers. We were finally able to offer those answers some three decades later. Ms. Chamberlain's life mattered. And we will seek a lifetime of accountability for her brutal murder and callous disposal," Rollins said in a statement. "Her family and loved ones never stopped loving and missing her and we never stopped searching for answers."

"Criminal investigations, especially homicides, are uniquely challenging," the district attorney continued. "The passage of time only creates greater difficulty for investigators and prosecutors — memories may become blurry, witnesses may have died, or cannot be located — but the urgency to hold violent offenders and murderers accountable never diminishes."

Chamberlain's brother released a statement saying his family "has waited 33 years for someone to be arrested for the brutal death of our sister Judy." He thanked all those involved in Vega's capture, adding that his sister "can now lay in peace and our family has closure." 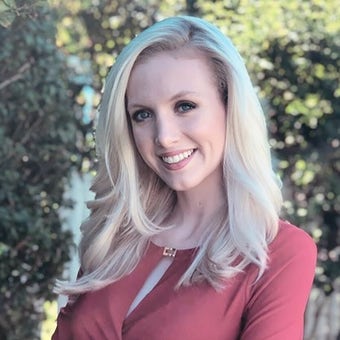