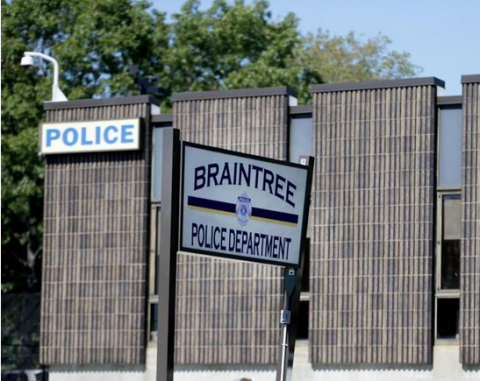 Braintree's deputy police chief was placed on leave Monday amid continued fallout from a department evidence room scandal that has forced prosecutors to drop dozens of criminal cases.

Mayor Joseph C. Sullivan placed Wayne Foster on paid administrative leave over questions related to "the handling of the [now-deceased] evidence room officer" at the center of the scandal, according to Foster's lawyer, David L. Hinds.

He said Foster responded properly to complaints about Officer Susan Zopatti, who formerly managed the evidence room and committed suicide in May after meeting with an outside auditor brought in to inspect the room. The audit found that drugs, guns, and cash had gone missing.

"There's no reason that Deputy Chief Foster should have been placed on administrative leave," Hinds said, adding that Foster will challenge the move through a formal grievance process. "Immediately when he received the complaints [about Zopatti] from the officers, he went to the chief."

Attempts to reach Sullivan and Foster for comment on Monday night were unsuccessful.

The Globe reported over the weekend that officers repeatedly expressed concern about Zopatti, who took over the evidence room in 2013, complaining that they could not obtain evidence they needed for court hearings.

Foster relayed the complaints to Chief Russell Jenkins, and the deputy chief wanted to remove Zopatti from the evidence room, the Globe reported. But Jenkins told the newspaper that he urged compassion for Zopatti and that he never suspected her of stealing.

Jenkins recently announced his retirement, which takes effect on Oct. 7.

Hinds said Monday night that in addition to alerting Jenkins to concerns about Zopatti, Foster also worked to provide officers with the items they needed from the evidence room "so the Commonwealth could go forward" with cases.

Prosecutors have dropped 41 criminal cases as a result of the audit, which examined evidence going back to 1999 and found that $407,989 had gone missing, as well as 4,709 pieces of narcotics evidence and dozens of guns. Hundreds more cases could be in jeopardy.

The audit found that some of the missing evidence predated Zopatti's tenure, destroyed in "purges" that were authorized in 2009 and 2012 but not properly documented. But evidence continued to vanish after 2012, when there were no additional purges.

Zopatti's husband, Mark, defended his late wife in a phone interview Friday, insisting that her behavior was not erratic or troubling and that she only missed work to care for her ailing mother.