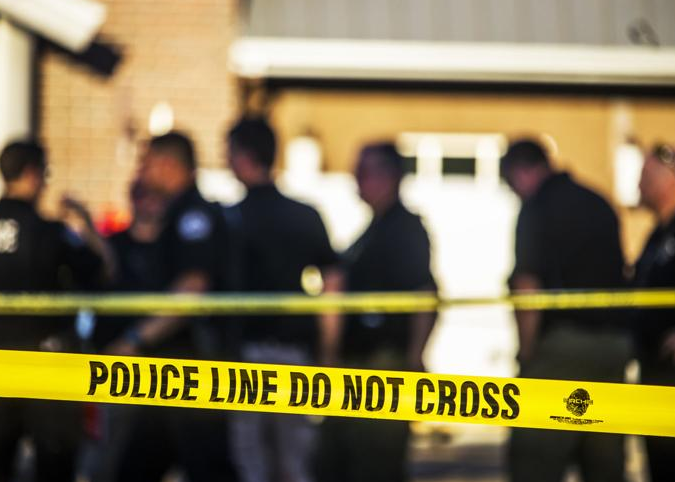 A 2018 internal audit of the Centralia Police Department's two property storage rooms uncovered a glut of errors, including missing or misplaced evidence, prompting the department to reevaluate personnel managing the intake, outtake and organization of evidence.

It could have been much worse, indicated Chief Carl Nielsen, noting that none of the affected evidence was tied to active criminal cases.

"It was a step backward," said Nielsen. "It was a shock for all of us. Particularly, you saw the number of discrepancies. Now fortunately, the vast majority of those discrepancies were not lost items or misplaced items, they were just not in the right spot."

The total number of discrepancies Nielsen referenced tally to 114. The audit, which includes brief descriptions of each error, repeatedly includes the phrase, "Item is missing."

The 2018 audit noted items being mislabeled with incorrect case numbers, items still present after they were marked in the system as destroyed — including three handguns — and various instances of items being misplaced.

"That's why we have the audits," said Nielsen, who praised the department's ability to catch and correct its mistakes.

Of another error, the audit states, "All of these items are missing, 55 marijuana plants along with 22 marijuana samples."

It goes on to state that the missing pot is the focus of an internal-investigation within CPD — an investigation which has since closed. Nielsen shed some more light on that situation, saying the investigation into the missing plants was to determine whether they were stolen from the property room.

"The big things are money, guns and drugs in property rooms that are high liability," he said, adding that there was no indication of theft — for the pot or for any other missing item. Most likely, the plants were destroyed in a police-controlled burn, but proper protocols weren't followed to record that they were destroyed.

"Basically it was, in my opinion, bad bookwork, if you will," he said, referencing all of the audit's findings.

The person who was at the time in charge of both evidence rooms — one located at the police department in downtown Centralia and the other in a police facility on Mellen Street — took a voluntary demotion, said Nielsen. She now works as a community service officer. In the interim, two other staffers, both with property management experience, run the property rooms. Meanwhile, an application deadline for a new evidence clerk closed last week.

There was no apparent ill-intent on behalf of the former property room clerk, Nielsen said. The city employee was working in the evidence room when Nielsen took over as chief in June 2015 following 30 years of policing experience in California.

Following internal investigations that eliminated theft as a cause for missing items and re-evaluating property room management, Nielsen said the next and most important step forward is filling that evidence management role with someone new. An interview process will determine the candidate most suited for the job — someone with the right organizational skills — and a background check to ensure candidates have no criminal history.

Nielsen explained the audit process, saying that typically, they are conducted annually by the police commander whose realm of responsibility includes the property room. If there's a change of command personnel, the new administrator will conduct an audit regardless of when the previous one took place. For example, the most recent audit was completed on July 25, about nine months after the previous one, because a new police commander took charge of the area.

Nielsen said state agencies will conduct audits, rather than them being internal, only at the request of the department or during the accreditation process.

The last audit in 2017 still noted mistakes, but not to the caliber or quantity of ones noted in 2018. Primarily, 2017 errors included items being placed on wrong shelves.