After the DNA match last year and more investigation, including the jail house interview, 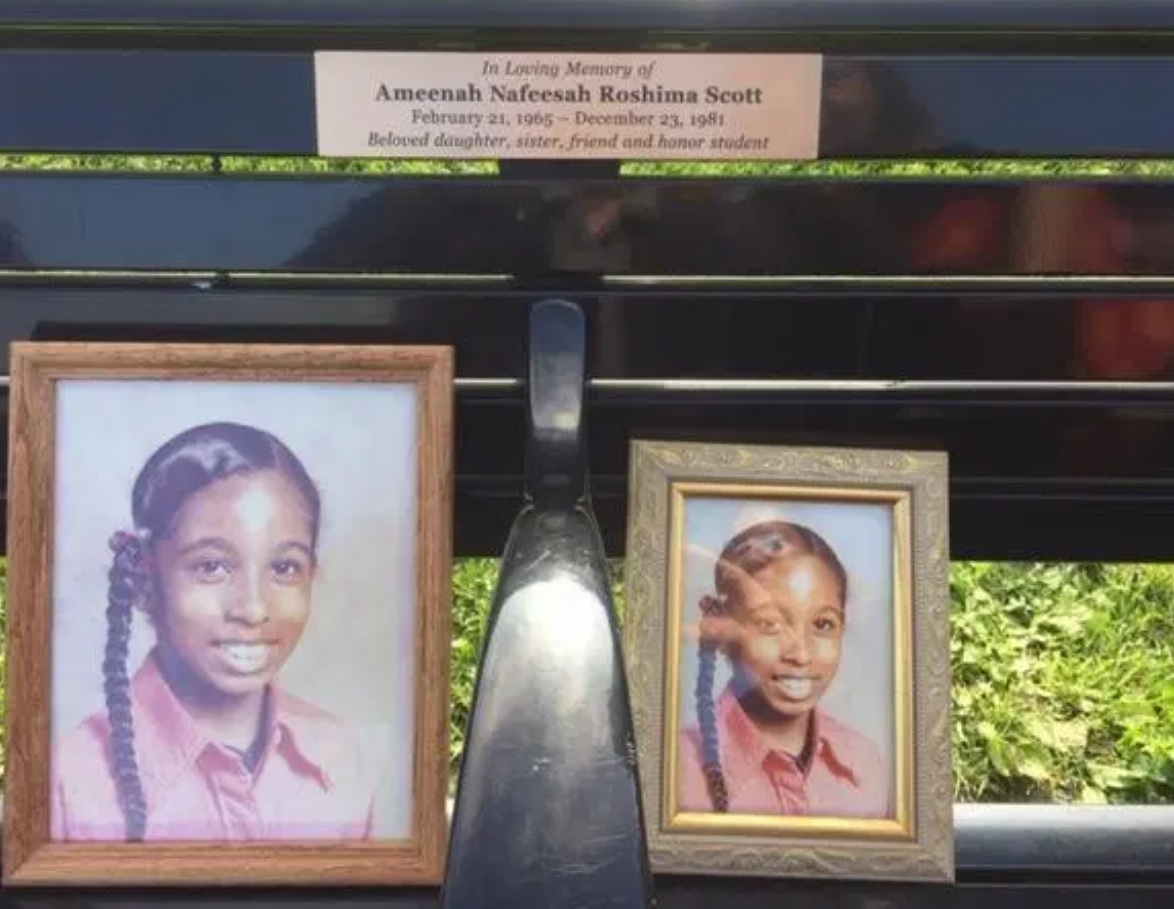 OAKLAND — A 57-year-old man serving a prison term in Nevada for sexual assault has been charged in the Dec. 23, 1981 fatal stabbing and rape of a 16-year-old high school honor student whose body was found in a West Oakland parking lot, according to authorities and court records.

Police said the suspect, Jewel Henry Collins, who was living in Oakland at the time, was linked to the killing of Ameenah "Meenah" Scott through DNA evidence. In a Nevada jailhouse interview, he denied involvement in the killing or of ever having any contact with her, according to court documents.

"I still miss her every single day. She is always close to my heart and I think about her every day," said Ameenah's mother, Mercedes S. Rodriguez in an interview with this news organization on Friday.

Collins is charged with murder and the special circumstance allegation that the killing was committed during a rape.

Ameenah was last seen about 3:30 p.m. Dec. 23, 1981 when she left her West Oakland home where she lived with her mother and father and siblings to go to the dentist to get her braces off. Her family had moved to Oakland in 1974 from New York City to escape urban violence.

An Oakland Tribune news story after her death said she had assured her mother she would be all right going for the walk, telling her "You worry about me too much. God has me."

She never returned home and the 4-foot-8 inch tall, 80 pound junior was found dead about 8 a.m. Dec. 24 in a parking lot between Lowell Middle School and Lowell Park. Authorities believe she was killed Dec. 23. In the Tribune story, her mother said "She never believed that anything could harm her. She believed she would live forever. She wasn't afraid of anything."

Collins, who has been serving a 25-year-to-life sentence in Nevada since 1992 after being convicted of a sexual assault in Sparks, was charged last September but was not extradited to Alameda County to face prosecution until April 17. He was arraigned at the East County Hall of Justice in Dublin on Friday, but did not yet enter a plea. When asked by the judge if he wanted to waive his right to a speedy trial, he could be heard stating "I do." he is due back in court May 8 to enter a plea and is being held without bail.

Ameenah's brutal killing sent shock waves through the community nearly 40 years ago and her family has still not gotten over their devastation.

The quiet and friendly teen was an honor student at McClymonds High School where she took courses at UC Berkeley on the side. She was particularly interested in mathematics and had plans to go into computer science. She was so highly thought of by classmates that she received an honorary diploma when her class graduated in 1983.

Her mother, 73, said Friday her daughter's killing "really devastated my entire family. When they kill someone it's not just that person who suffers but the entire family. We are still recovering. Her sisters and brother still don't want to talk about it. It was too hard on them."

Rodriguez, a retired banker and insurance agent, said "I still live in Oakland and I have pictures of Ameenah all over my house. I still have the electric blanket I bought for her for Christmas. That was all she wanted for Christmas."

She said she kept her daughter's ashes for 22 years because "I wanted her close to me" before finally scattering them in the Bay after praying.

Rodriguez said she did not cry over her daughter's death for two years because "if I was to cry, I would never top crying." What caused her to cry for the first time, she said, was when she was driving by Lake Merritt and saw a girl about to cross the street "who looked exactly like Ameenah and that's when I cried."

What she remembers most about her daughter is "her kindness, her lovingness. She was a wonderful giving person. A free spirit. She would give the clothes off her back to relatives." She still recalls how her daughter would use her paycheck from a part-time job she had at Prescott Elementary School to take her family out to dinner on payday.

She said to this day people who knew her daughter "still come up and talk to me about her. They still remember her."

The killing is one of the oldest cold case homicides solved by Oakland police. Homicide Officer Phong Tran, who has been investigating cold cases since 2018, began looking into the case last year after meeting with Rodriguez.

There was DNA evidence that had been recovered from Ameenah's body but there had been no links to anyone found when it was originally tested.

Alameda County District Attorney Nancy O'Malley said in a news release Friday that Collins was matched to the killing after Nevada authorities uploaded his DNA profile to the national database in 2019.

She said Oakland police and the FBI, which assisted in the investigation, "never gave up solving this tragic killing. The young victim's family has had to endure decades of grief and we hope that this this prosecution will provide at least a sense of closure and relief that justice will be served"

The FBI assisted as part of the FBI's Cold Case Initiative in Oakland, O'Malley said, in which federal resources such as forensic lab services are dedicated to help Oakland police and the district attorney's office "to bring justice to families who have suffered the ultimate loss."

After the DNA match last year and more investigation, including the jail house interview, the case was submitted to O'Malley's office and charges were filed.

Rodriguez said she is sorry it took so long to find her daughter's killer "but I'm glad they did finally catch him. I have no animosity or fear of him but I am glad he is in jail and can't hurt anybody else's child. Nothing is going to bring Ameenah back but I just want to make sure he gets what he deserves."