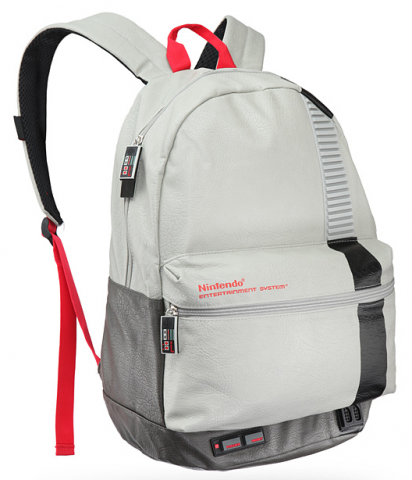 A convicted sex offender facing life in prison for an attempted kidnapping in Colville last year accepted a plea deal for nine years – after police destroyed the evidence showing the crime was sexually motivated.

Jason Foster, 43, was arrested carrying a backpack holding condoms, lubricant, zip ties and other evidence that was destroyed by the Colville Police Department in the 18 months between his arrest and trial.

Colville police Chief Robert Meshishnek did not respond to multiple requests for comment on the agency's handling of evidence in the case, and the elected prosecutor in Stevens County has called for an outside inquiry after brokering the deal, to avoid legal complications during a likely appeal. "I couldn't understand the why of it," Prosecutor Tim Rasmussen said in an interview.

Even with the backpack, the case against Foster wasn't certain. He fled the scene of the attempted kidnapping and was on the run for more than 18 hours before he was arrested in a field near Colfax brandishing a fake handgun. Rasmussen said prosecutors were prepared to respond to the argument that the incriminating items were bought after the attack, and Foster's defense attorney, Liam Golden, told a Stevens County judge he believed the evidence was flimsy.

"The sexual motivation, we have believed from the beginning, was going to be difficult for the state to prove," Golden said at his client's sentencing in Colville last month. The defense attorney also did not respond to a request for an interview. But Rasmussen said the destruction of the evidence just before the beginning of the trial affected his team's ability to make the case against Foster, who was convicted of first-degree rape in 2001. "I'm kind of like a chef," Rasmussen said.

"I can only work with the ingredients I'm given."Nothing of value?Heather Kilgore arrived at her job at a coffee stand in Colville on a quiet Memorial Day morning to find Foster, a repeat customer, parked and waiting in his white SUV. "I didn't know his name," Kilgore said. "He was parked funny." The roadside barista prepared to unlock the Jammin' Java stand just before 6 a.m. to start her shift in May 2015. Before she could reach the door, Foster grabbed her from behind and demanded she get in his car, flashing a box cutter knife.

A stunned Kilgore glanced at Foster's rig, its back door open. "I realized he wasn't robbing me," Kilgore said. "I started fighting for my life." Foster, who based on his rape conviction was classified as a sex offender most likely to reoffend, lost his knife in the scuffle and immediately began trying to explain away the incident as a joke, Kilgore said.Kilgore gave Colville police Officer John Lofts the license plate number of Foster's SUV, leading to his capture just after 2 a.m. the next day following a foot chase with Whitman County deputies near Colfax. In his report of the arrest, Deputy Michael Melcher wrote that he took an inventory of Foster's GMC Envoy but "didn't locate anything valuable. There was mostly clothes, blankets and other personal items in the vehicle." Behind the driver's seat was a black backpack "with white rope inside it," Melcher's report said.

The deputy photographed the bag, according to a supplemental report filed by Sgt. Chris Chapman of the Whitman County Sheriff's Office. But arresting officers seized a second backpack Foster was carrying, containing the incriminating items, and placed them in a black bag; jail authorities later searched that backpack without a warrant, Rasmussen said. The bag, containing the backpack and other personal items, later was incinerated by Colville police, according to testimony at trial by Bill Emily, the agency's evidence custodian.

The vehicle was towed from the scene to Pullman. Lofts later would search the vehicle, but without a warrant. Rasmussen said that would have made introducing the evidence at trial difficult and opened the case up to potential appeals and further anguish for Kilgore. "The better practice would have been to obtain that evidence through a search warrant," Rasmussen said at Foster's sentencing hearing before Stevens County Superior Court Judge Allen Nielson. In the appeals process, a case can be sent back to a judge for a new trial if it's determined evidence wasn't gathered lawfully or handled appropriately. Appellate judges also have the authority to dismiss charges in certain cases. Kilgore said she couldn't understand the decisions not to seek a warrant and to destroy the crucial evidence in her case. She received word about the destroyed evidence and botched warrant through prosecutors, having been barred from the courtroom as a potential witness while arguments about the case were underway.

"The real question for me is, who is in charge of the Colville PD? Who is in charge of the evidence?" she said. Rasmussen wants that information, too. After concluding the trial, he sent a letter to Sheriff Kendle Allen requesting an audit of the Colville Police Department's handling of evidence and the work performed by Emily, the department's evidence custodian. A week later, on Nov. 28, Rasmussen wrote a letter to Meshishnek. "I hope that you have begun an internal investigation into this incident, but I am dismayed that Emily is still the evidence custodian," Rasmussen wrote. Contacted by phone, Emily declined comment. He referred questions to Meshishnek, who did not respond to multiple requests for comment for this story.

The best possible justiceIn a quivering voice, Foster asked Nielson to give him the most prison time available for his crimes at a sentencing hearing Nov. 17. "I'll take the max," said Foster, barely audible in a quiet courtroom, just before Nielson handed down the nine-year sentence. In his remarks to the judge, defense attorney Golden noted his client had a troubled upbringing. "It's not a justification for his conduct, by any stretch, but that's why he ran that day and continued running," Golden said. "It was because it's the only life he's been able to lead." Those comments came after Lisa Karre, the owner of the Jammin' Java coffee stand, recounted her memory of that Memorial Day and how the incident had changed her employee. "Heather's not the same, trusting woman she always was," Karre said. "She looks over her shoulder and questions everyone she doesn't know and why they're next to her." In the months since the attack, Kilgore has given birth to her second son and left her job at Jammin' Java in May. She said at first, returning to the shop was difficult, and she asked not to deal with customers. "I loved my job. I love making coffee, and I had bills that weren't going to wait," Kilgore said in an interview. "I had to buck up, and I did it." Her attacker, after spending nearly 13 years in prison for the rape of a 9-year-old girl in 2001, is back behind bars at Washington Corrections Center in Shelton.

When he's released, Foster will be 52 years old. The coffee shop has changed its policy in the wake of the attack. Baristas now will not open the shop if a customer is waiting in the parking lot, instead informing law enforcement so that an escort is available, Kilgore said. Rasmussen said he understands the disappointment of Kilgore and others over the sentence but hopes the inquiry into the department will establish "a baseline" for handling evidence moving forward. Nielson, before handing down his sentence, addressed Kilgore, who testified about the attack before the trial ended with a plea deal. "I can say that the participants in the criminal justice system over my 30 years have been dedicated primarily to the same goal, that is justice as best they can do it," Nielson said. "We don't always accomplish that." But Kilgore said she believes law enforcement, and the legal system, let her and the community down. "I did my job that day. I saved my life. But for the grace of God I'm still here," she said. "I did my job. They should do theirs."

On Memorial Day 2015, Heather Kilgore was attacked outside the roadside coffee shop she worked at in Colville. Jason Foster, the man who threatened her with a knife, avoided a lifetime prison sentence for persistent sexual offenses, in part because of the destruction of evidence by police.
http://www.spokesman.com/stories/2016/dec/18/colville-police-destroy-evidence-in-kidnapping-cas/
Tags:
West Coast missing evidence
PRINT