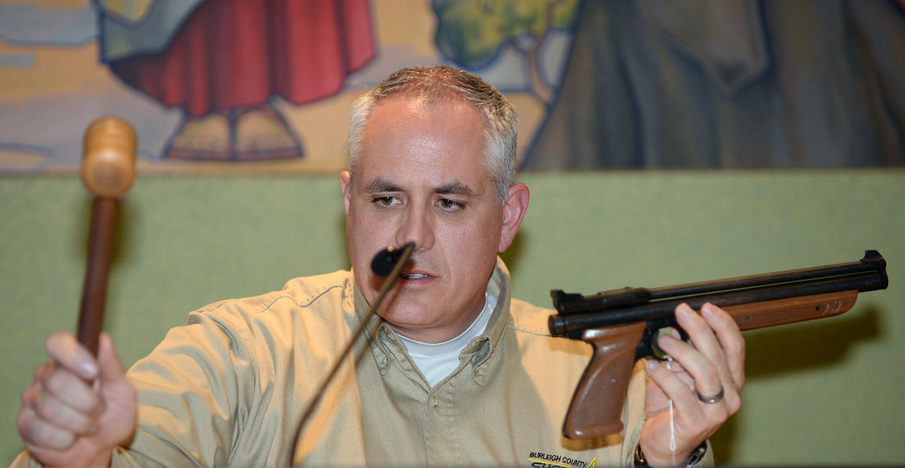 The Arizona Supreme Court ruled the city of Tucson can no longer destroy firearms that have been confiscated by police or turned in by citizens.

In an extensive ruling issued Thursday, the justices voided a 2005 Tucson ordinance that says the Police Department, after it seizes a gun, "shall dispose of such firearm by destroying the firearm." The court said the local ordinance runs afoul of several state laws.

One law that predates the Tucson ordinance limits local governments from enacting any ordinance dealing with acquisition, licensing, registration or use of firearms. And in 2013, state lawmakers spelled out that if police seize or acquire guns, they must sell them to licensed firearms dealers.

The ruling also upholds the legality of SB 1487, a 2016 law that allows individual lawmakers to direct the Attorney General's Office to investigate claims that a local law conflicts state statutes. That triggers an automatic investigation that can lead to a city losing half of its state shared revenues. In this case, it was a complaint about the city's gun destruction program filed by state Rep. Mark Finchem, R-Oro Valley, that prompted the investigation.

On Thursday afternoon, city officials said they will abide by the ruling and will rescind the ordinance.

Attorney General Mark Brnovich, who sued Tucson, called the ruling "a monumental victory for the state of Arizona."

"Whether you like it or not, it's a huge victory for the rule of law," he said. The bottom line, said Brnovich, is that the high court has made it clear that, with only narrow exceptions, if there is a conflict between state law and local ordinances, the local law has to fall.

He said the threat in that law of a city losing half of its state revenue sharing based on Brnovich's conclusion of illegality forces local officials to abandon measures they adopt that they believe are in the community's best interests. That loss for Tucson would be $115 million.

Rollman also said it's unconstitutional to give Brnovich that kind of authority to order state aid withheld.

Justice John Pelander, writing for the court, said it's not like the law gives Brnovich unilateral and unquestioned power to decide for himself which local laws are legal and which are not. The justice pointed out that question is ultimately decided by the courts.

The Tucson Police Department has destroyed 4,820 guns turned in by residents or seized from crime investigations since 2013, city records show.

Attorneys for Tucson argued that the city -- and other charter cities -- have specific constitutional powers to enact their ordinances, regardless of state statutes.

Pelander said that authority is limited to matters of "purely local concern." And he said the Tucson ordinance does not fit within that definition.

The justice said the state constitution says city charters "shall be consistent with and subject to the state constitution and not in conflict with ... general law of the state not relating to cities." And he said any argument that cities have authority to decide of how to dispose of firearms falls under the plain language of state laws.

The Tucson City Council voluntarily halted its practice of destroying some confiscated guns several months ago, deciding to wait until the legal case had been resolved. At the last count, the city had roughly 500 guns that were slated to be destroyed.

If the city of Tucson ignored the court's decision, it would jeopardize more than $50 million a year that it receives in state-shared revenues.

City Attorney Mike Rankin said he was disappointed in the court's decision but thanked the court for setting aside a provision requiring a city to risk the state shared revenues by simply challenging the state on the legitimacy of a city ordinance.

Mayor Jonathan Rothschild continues to find fault with SB 1487, saying it ties the hands of the City Council to address local issues.

"We're disappointed in the court's decision, the result of which is to take the state of Arizona down the wrong path by severely limiting cities' abilities to innovate and govern according to their constituents' interests," he said.

Looking ahead, Rothschild said the city should place any proceeds from gun sales into the Tucson Police Department's budget.

"Many of the confiscated weapons have already been used to commit criminal acts, so I will recommend that any funds received from their sale be used to support public safety," he said.

Councilman Steve Kozachik, who was a vocal supporter of the policy to destroy the guns, said the Democrat-controlled City Council was thwarted by a court that recently saw two new judges appointed by Republican Gov. Doug Ducey.

"We got our asses kicked," Kozachik said of the decision.

Kozachik, who organized a gun buyback program in 2013 that saw 200 guns traded in for Safeway gift cards, said he would not jeopardize state funding by continuing the fight with the state.

"It would be irresponsible to recommend anything other than the repeal of the city's ordinance," Kozachik said.

He said the court ignores the will of residents who had trusted the city to safely dispose of their guns.

Councilman Paul Cunningham looked for some good in the ruling against the city.

"The only possible silver lining is that there may be a revenue possibility and a cost avoidance for the general fund. Only time will tell," he said.

The ruling doesn't necessarily mean every confiscated firearm will be auctioned off to licensed gun dealers.

Guns that are illegal to sell -- like a sawed-off shotgun or one with the serial number filed off -- would still be destroyed.

The city also has the authority to transfer some confiscated firearms to be used by police.

The city, for example, maintains a large collection of guns it uses for forensic testing. At last count, there were 1,579 in its collection.

Also, not every gun held by the city is kept in perpetuity. Between 2012 and 2016, the city returned 3,512 firearms to their legal owners.