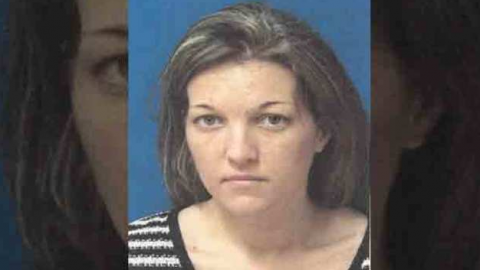 DICKSON, Tenn. - A Dickson County woman has been charged with bringing contraband into a jail and tampering with evidence.Special Agents with the Tennessee Bureau of Investigation said an indictment was obtained for 31-year-old Tasha Naydean Corlew.

An investigation began on April 3 after the disappearance of money and drugs from a patrol car.Reports stated Corlew was involved in a crash in Dickson on April 1.

She was charged with a DUI.Authorities said a Dickson police officer collected items at the scene that had been in Corlew's possession. Those items included cash and drugs. They were placed in the front of the officer's patrol vehicle.

An investigation showed that after the officer took Corlew to jail, those items were missing.Officials said it was learned Corlew had taken them from the patrol car, hidden the money on her person when she entered the jail, and ingested some of the drugs just after she was incarcerated.

Corlew was charged on Tuesday with one count of tampering with evidence and two counts of introducing contraband into jail. She was served with the new charges while in the Dickson County Jail. Her bond on the new charges was set at $20,000.

A Dickson County woman has been charged with bringing contraband into a jail and tampering with evidence.
http://www.newschannel5.com/news/local-news/dickson-county-woman-allegedly-took-evidence-from-patrol-car
Tags:
Big Three: Chain of Custody assault  kits altered evidence
PRINT