Zieler was in Lee County jail on a felony aggravated battery charge for shooting his son with a pellet gun in August when a DNA test matched him to evidence found at the scene of the murders 26 years ago. 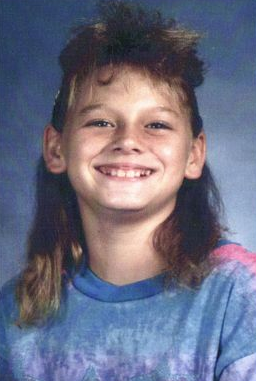 Although Jan Cornell never stopped hoping for closure in the brutal 1990 murders of her daughter Robin Cornell and roommate Lisa Story, she calls the arrest of a suspect nothing short of a miracle.

It was like winning the lottery of justice," Cornell said. "Every prayer, every word, everything, came full circle."

Cornell was at her boyfriend's home on the evening of May 9, 1990, watching television when she fell asleep. When she returned home she discovered that her daughter, 11, and roommate, 32, had been killed inside the apartment.

Zieler was in Lee County jail on a felony aggravated battery charge for shooting his son with a pellet gun in August when a DNA test matched him to evidence found at the scene of the murders 26 years ago.

Zieler, who was 28 at the time of the double murder, will face five charges, including two counts of sexual battery, one count of burglary and two counts of first degree murder. He is scheduled to have his first appearance for these charges Thursday morning in Lee County court.

Jan Cornell said there was no way to describe how she felt when police came to her home Monday to give her the news.

Cornell said she has no idea who Zieler is, has no connection and no information on the man who has been implicated in the double murder.

"I've looked at every outlet to see where there might have been a connection," she said.

Cornell credited the 2009 law that requires DNA testing for those arrested for felonies for helping break the case.

"When you are looking for someone who killed people you loved you just get more hope," she said. "If (Zieler) never got in trouble this case would never be solved. This is the beginning of the end."

The Florida Department of LawEnforcement notifie d Cape Coral police when Zieler's DNA received a hit on CODIS, Newlan said. Further DNA from Zieler was obtained and tested by the FDLE. The results came back positive with evidence collected in the apartment at Courtyards of Cape Coral Condominiums.

"We got him," Newlan said. "This brings closure to the family. Twenty-six years is a long time."

The arrest closes the city's longest open homicide. The case has drawn attention over the years airing on "America's Most Wanted" three times as well as on other similar crime shows and in dozens of publications.

Police officers and others involved in the case shared Cornell's elation.

"To tell you the system works is the best thing ever," said Christy Jo Ellis, chief investigator for the Cape Coral police. "I'm over the moon. It was so surreal when I got the phone call. I said 'Are you kidding me?'"

Ellis said that the case is on track to being solved makes her feel great as she approaches the 25th anniversary of her police career, adding that she always believed the case would be solved.

"It's just phenomenal," she said. "We have the lock, we just need the key."

She said Zieler's arrest was a welcome surprise.

"This guy has been off the radar for 26 years," she said, noting Zieler has been in the community the entire time, 20 years at his North Fort Myers address, seeing the yearly updates. "Because he had an arrest in 2016 and due to a DNA swab it just shows that the system works."

Bennett Walker, Ellis' supervisor in the major crimes unit, said that the department is building a case.

"Now we have to organize the case. We have other evidence," he said, adding that Zieler has not confessed to the crime. "We still have a lot of answers we need to get to."

Walker said those who knew Zieler in the 1990s or knows him now need to contact the Cape Coral police.

Steve Russell, the 20th Judicial Circuit State Attorney, said the arrest of Zieler and subsequent prosecution should give hope to victims' families and fear to those who commit crimes that cases can be solved at any time.

"The Cape Coal Police Department never let this go away," he said.

Newlan, Walker, and Ellis all stressed that the double murder was not a cold case and that it never became a case that languished.

"A lot of detectives have kept in touch, different generations of law enforcement," Newlan said.

Walker cited the evidence-gathering chain from the initial investigation.

Tweet
How do you feel about this post?
Happy (0)
Love (0)
Surprised (0)
Sad (0)
Angry (0)
Tags:
cold case homicide
First Sexual Assault Survivor’s Bill of Rights Pas...
Rape Survivors Are Suing to Have Their Rape Kits P...
Comment for this post has been locked by admin.