"It was a case that they had absolutely no leads on," Lott said. "At that time, we didn't know what DNA was. 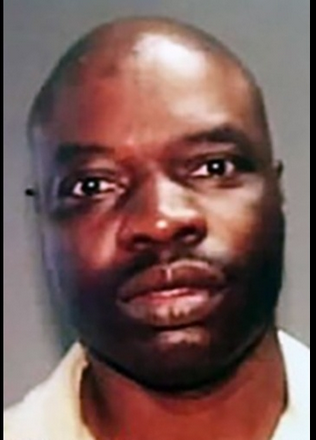 Patricia Ann Green's body was found on May 10, 1987, just steps away from the entrance of McEntire Air Base in Richland County. Sheriff Leon Lott said Green was shot multiple times and left in a culvert in a scene he described as "gruesome."

"It was a case that they had absolutely no leads on," Lott said. "At that time, we didn't know what DNA was. Our forensics back then was fingerprints. That was about it. The case was filed away, but not forgotten."

When the cold case squad reviewed the case last month, DNA found on Green's clothing was sent away for analysis. Testing found it matched Phillip Johnson, 53, who is already serving four life sentences for killing women in Sumer County. He was arrested for those murders in 1988.

When investigators approached Johnson, he confessed to killing Green.

"He gave information in his confession that only the killer would have known," Lott said.
Johnson's explanation for the murders was chilling.

"There was no motive -- just that he was on a killing spree," Lott said. "She was just somebody he shot and killed."

Two of the women Johnson killed in Sumter County were killed before Green. The other two were killed after her death.

Johnson is being held at Kirkland Correctional Institution in Columbia. He has also been convicted of rape, kidnapping, burglary, armed robbery and assaulting a corrections employee, according to a report by The State.