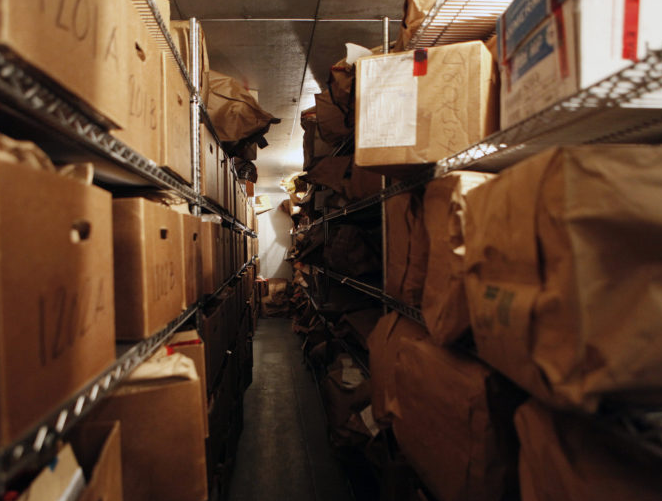 As San Diego Police Department crime lab analysts worked their way through backlogged sexual assault kits, dozens of the DNA profiles they entered into a federal database returned matches, giving investigators a potential lead. Those results appear to conflict with the department's longtime contention that testing all rape kits isn't useful or appropriate.

For years, SDPD officials argued there was no value in testing the roughly 2,000 sexual assault kits sitting on its evidence room shelves. The department believed its approach — investigate a case first to determine whether the kit will be a useful piece of evidence — was smarter and more efficient.

But many victims-rights groups, the city attorney and members of the City Council disagreed. In June 2017, the Council allocated $500,000 to the department to test backlogged kits. Results from those kits suggest the investigate-first approach might not have been the best.

Between late 2017 and November 2018, the department screened 313 backlogged kits, according to information Voice of San Diego obtained through a public records request. Of those kits, 121 yielded a viable DNA profile that was uploaded to CODIS, the federal database. Thirty-eight of those profiles matched to one already in the database.

A police spokesman said the department was unable to provide numbers beyond November 2018. The department has stopped distinguishing between backlogged kits and current kits, and said it can therefore no longer provide data on the results of the backlogged kits that it is testing.

When a DNA sample hits to a CODIS profile, it's either a "cold" hit — a match to a known offender who wasn't a suspect in the case — or a "known suspect" hit, meaning the suspect was known to the victim, but the DNA profile could either help bolster the case or connect the offender to another case.

Ilse Knecht, director of policy for the Joyful Heart Foundation, which has led a nationwide push to test all kits, described the findings as "significant."

"It does show that there was potentially useful information coming out of the testing," she said.

The results stand in stark contrast to past comments from Jennifer Shen, SDPD's crime lab director. In a 2016 interview with Voice of San Diego, Shen emphasized that sexual assault investigations were taken "incredibly seriously," but said individuals and groups pushing to test all kits didn't understand the department's process.

"You hear about the 2,000-plus rape kits that haven't been tested … people think that we should have tested those, and we would tell you that we should not have," she said.

Shen and former Police Chief Shelley Zimmerman reiterated that position in 2017 and 2018, even as City Attorney Mara Elliott and District Attorney Summer Stephan publicly argued that SDPD should join the growing national movement to test all kits.

When SDPD began testing older kits, crime lab analysts worked through them in groups based on the reason a kit had been shelved. A 2014 audit had recommended that the department document the reason a kit wasn't tested and, in response, SDPD implemented a system using 18 different codes.

The kit of a victim who recanted their story is a Code 10. At a January 2018 City Council meeting, Shen told Council members that 18 of the backlogged kits fit that category. If another piece of evidence yielded a DNA profile, the kit was a Code 05. There were 21 kits in that category, Shen said. Hundreds of kits fell into categories that raised concerns among folks pushing the department to test older kits. More than 500 kits were deemed Code 04s, meaning the victim had declined to cooperate with the investigation.

"[Uncooperative], to me, is a red light going off," Knecht told Voice of San Diego in a 2016 interview. "There was something about the way that they were treated that caused them to decide, 'I'm not going to do this.'"

The first batch of kits the department tested didn't have a code. Shen told the City Council that a review had flagged them as kits that should have been tested but weren't. Many were decades old. Out of 36 kits, according to the information released through the public records request, seven fit the criteria to be uploaded to CODIS and all came back with hits — four cold hits and three hits to known suspects.

The second batch of kits the department tested were Code 06s, meaning the district attorney's office had reviewed the case and declined to file charges. There were 87 kits in that category. Forty yielded profiles that were uploaded to CODIS, resulting in three cold hits and eight hits to known suspects.

Joanne Archambault, a former SDPD sex crimes detective who founded End Violence Against Women International, said not testing a kit because the DA declined to prosecute is a major cause for concern.

"The thing is, the DA will reject cases for insufficient evidence, but we didn't test the case that could have given them the evidence they needed," she said. "Or, the DA declines because of their own resources available for trials, and we don't push those kits through."

A third batch, kits for which a victim declined to prosecute but had identified a suspect, yielded 74 uploadable profiles out of 190 kits. Eleven profiles were cold hits and nine hit to a known suspect.

"When a CODIS hit is received, that information is forwarded to the appropriate investigative unit for follow-up," he said.

Despite getting hits to cases they'd previously refused to test, earlier this year crime lab management twice changed policy on testing and uploading kits that were part of the backlog to speed up the process, potentially undermining the kits' investigative value. In March, supervisors told staff to analyze only one swab from a kit instead of the previously required six swabs. The department defended the practice but switched back to testing six swabs after Voice of San Diego asked about the policy. In May came another policy change that resulted in fewer profiles being uploaded to CODIS.

"The value of testing those kits is to have profiles in the database to solve other cases," said one crime lab analyst whose name VOSD has agreed to withhold because they fear retaliation. "But management and above still sees this as a fool's errand."

Last year, Stephan announced she was allocating $1 million from her budget to clear the county's backlog of sexual assault kits by sending them to a third-party lab for testing. Stephan said she offered assistance to SDPD but the department declined.

In the last 17 months, the district attorney has sent nearly 1,700 kits from 12 local law enforcement agencies to Bode Labs to be tested. If Bode finds a viable DNA sample, it sends the kit to Verdugo Lab in Glendale, which does an independent review to determine if the kit meets legal guidelines to be uploaded to CODIS.

DA spokesman Steve Walker said that as of Oct. 9 – the date for which they have the most recent numbers – 139 profiles have been uploaded. Of those profiles, 35 hit to the known suspect in the case, and 10 were cold hits.

Neither SDPD nor the DA's office would say whether the additional testing has resulted in any arrests or charges being filed.

"Should testing, uploading and review result in filing of a criminal case, we will notify the media and public," Walker said.

In September, after Voice of San Diego reported on the SDPD crime lab lowering its testing standards, Police Chief David Nisleit announced it would work with a private laboratory to test 1,700 previously shelved kits.

While the DA's office has contracted with a private lab to do a peer review of each kit to determine whether it meets the legal criteria to be uploaded to CODIS, it's not clear what will happen to the older SDPD kits that yield a viable DNA sample or with kits moving forward. Takeuchi, the SDPD spokesman, said detectives are still using the coding system.

"I believe that they shouldn't be put in categories," she said. "Categories have subjective elements to them. That's the whole point of the Department of Justice guidelines changing to allow testing of all rape kits, so that we don't have a subjective element: What case is credible? What case is worthy? Who should get testing?"

Last year, SDPD formed a working group to go over all of the 558 kits classified as Code 04 — cases in which the victim declined to participate in the investigation — to determine the best approach to notifying reticent victims that their kits were being tested. Shen told the City Council in January 2018 that she'd report back in a year on the results of those meetings, but that never happened.

Takeuchi said that going forward, "all kits with this code [04] will be tested even if the victim is not participating."

But if a kit yields a DNA profile that results in a CODIS hit, that doesn't necessarily mean the department will reopen the investigation.

"Victim cooperation is still needed for the case to be forwarded to the DA's office for prosecutorial review," Takeuchi said.

The DA's office disagrees. Brent Neck, chief of the DA's Collaborative Justice unit, who helped spearhead the DA's testing program, said that while cases with uncooperative victims are among the most difficult, public safety needs to be taken into account.

"We always try to honor the victim's request whenever we can," he said, "But when there's a public safety issue to that victim or to someone else, sometimes we have to go forward and it's a very tough thing we do."