Consultant's report that found the Police Department failed to follow numerous evidence policy requirements that led to the mishandling of property and evidence. 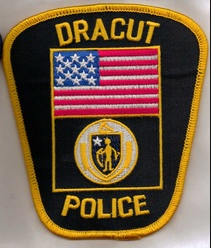 DRACUT -- There will be no disciplinary action for Deputy Police Chief David Chartrand and Sgt. Gregg Byam will be suspended for one day without pay over their administration of the Police Department's evidence locker.

The decisions end more than a year of controversy over the management of the evidence locker, which was the subject of a scathing September 2016 consultant's report that found the Police Department failed to follow numerous evidence policy requirements that led to the mishandling of property and evidence.

Chartrand's lawyer, Andrew J. Gambaccini, said in an email to The Sun: "After having to endure months of speculation, as well as troubling negative commentary from Town Manager Duggan, Deputy Chief David Chartrand is pleased to have been vindicated by the hearing officer's finding that there does not exist evidence to impose any discipline whatsoever upon the Deputy for matters related to the evidence room controversy in Dracut. The hearing officer in this case was Attorney James P. Hall, who was chosen by the Town Manager to sit as the finder of the facts in this case. Although hand-picked by the Manager, we always had every confidence in Attorney Hall and his reputation for thoroughness and honesty.

We also had every confidence that, once all of the facts were reviewed by an impartial decision-maker, Deputy Chartrand would be exonerated on each of the charges issued by the Town Manager. The result we expected now is the result that was received."

In a written statement sent to The Sun, Byam said he is relieved that this ordeal has concluded not only for his family and himself, but also for the department as a whole.

"There have been numerous inaccurate public statements that have impugned my character and integrity. The information that was released publicly insinuated that I had engaged in illicit activities while serving as the evidence officer. This has now been proven to be untrue," the statement reads. "The vast litany of charges lodged against me could not be substantiated by fact. I would like to reiterate that during my tenure no items of evidence were found to be unaccounted for, including drugs and money. I was accountable and disciplined for placing a box of items in a closet. These items contained no evidentiary value and were inadvertently left there after my removal as the evidence officer. I personally brought this to the attention of my superiors."

Byam was also given a two-day suspension to be held in abeyance for one year providing he doesn't violate any department policies.

Duggan said he is satisfied that issues raised in the report from the Plymouth-based Pomeroy Resources, Inc. have been acknowledged and addressed. The town manager added that there are now procedures and protocols in place that make officers responsible of the receipt of evidence.

Middlesex District Attorney Marian Ryan last fall found no indication that the integrity of any evidence had been compromised. In a letter to Ryan dated Jan. 3, 2017, however, former interim Chief Neil Ouellette listed issues he said he found relative to the agency's evidence locker since his arrival on July 26, 2016.

According to the letter obtained by The Sun, some of the issues included:

* A records-management system was not used for evidence tracking for several years.

* There was no master list of property and evidence within those areas.

"It should be noted that Lt. (Demetri) Mellonakos, Sgt. Byam and Deputy Chartrand had unfettered access to the Evidence Room, while Deputy Chartrand and Lt. Mellonakos both had access to the Drug Room," Ouellette wrote. "Sgt. Byam was accompanied by one of them to access the Drug Room. Although the Evidence Room has a video camera, the archiving is only about 30-40 days."

Asked if this was the outcome he wanted, Duggan on Thursday paused slightly and said "that's a really good question."

"I want to go forward, I respect Attorney Hall and we are (moving forward)," the town manager said. "Whether I agree or disagree with the decision, it doesn't matter."

DRACUT -- There will be no disciplinary action for Deputy Police Chief David Chartrand and Sgt. Gregg Byam will be suspended for one day without pay over their administration of the Police Department's evidence locker.
http://www.lowellsun.com/news/ci_31784900/dracut-deputy-chief-cleared-evidence-locker-controversy-sgt
Tags:
East Coast evidence locker Big Three: Chain of Custody assault  kits altered evidence
PRINT