May 10 Posted by Joe Latta in California

The Atwater evidence locker was maintained "sub par at best" without any consistency, proper oversight and included a space at a mini-storage without an alarm, according to a state Department of Justice report. 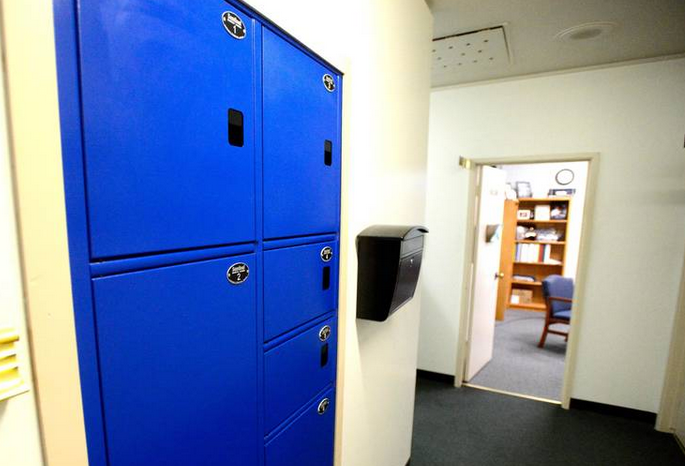 The Atwater evidence locker until recently was maintained "sub-par at best" without any consistency, proper oversight and included a space at a mini-storage without an alarm, according to a state Department of Justice report made public on Thursday.

Atwater Police Chief Michael Salvador inherited the troubled evidence locker when he was hired this year, and said he's addressing its shortcomings but called the report from Aug. 17 to Sept. 10 a "black eye" on the department.

"The place was a mess. It wasn't properly cleaned up," he said. "There was stuff everywhere that made it really difficult to do the audit. It was very difficult to determine what items had been purged out of the evidence room and destroyed."

The mini-storage space in the 500 block of Industry Way was shared by the local Police Activities League and a motorsports club, according to the report. A wooden wall separated the evidence from the part used by those groups but it did not go all the way to the ceiling, the report says, and could be accessed by anyone with a ladder.

The department also had such poor record-keeping practices, that investigators could not track down all of the money, guns and drugs that may be missing, the report said. Records showed money going back to 2002 that was supposed to be in the evidence locker that was not.

"To show or prove these items were stolen would be difficult. Additionally, due to the lack of control of who had access to the vault and when they had access to the vault, it would be impossible to determine who would have stolen evidence," the report says. "There is no recording system at the APD evidence vault or the off-site evidence storage facility."

There was no tracking method for who had access to the keys to the locker nor even how many of them existed, the report says. The keys were not marked "do not duplicate" to prevent more copies from being made.

It's standard practice for a city to have a bank account specifically to hold money seized during arrests, Salvador said. The report said Atwater did not have such an account and the department was inconsistent about when it deposited money, which was placed in the general fund and not properly tracked.

"You could easily cause your city a whole bunch of liability just based on this tracking thing," Salvador said. "There was no criminal activity cited in the reports. It was basically grossly mismanaged."

Salvador said he's in the process of writing new policy to standardize how officers write reports and submit evidence. He purchased four label printers so that officers can properly mark evidence. The department no longer uses the off-site storage space.

Problems with the Police Department's evidence room came to light last August when a letter from then-District Attorney Larry Morse II surfaced. It informed area defense attorneys that some evidence may be missing.

The evidence-storage practices in Atwater came under scrutiny before, according to an audit conducted in 2010 by the California Commission on Police Officers Standards and Training.

The police department in 2010 apparently did not keep a sign-in sheet for who went in or out of the room, nor did it control who could use the key to get inside, according to that audit.

A Merced County Sheriff's Office investigator found irregularities more recently in an nine-hour audit in February 2018 and was concerned about unaccounted for guns, drugs and cash. The vault was filled from the floor to the ceiling with little room to get in and out, the report says.

"Most of them were found," Salvador said about the missing items. "Due to the tracking, we may never know where (the rest) went."

The off-site locker was supposed to be used for older evidence. Much of it had never been sorted, the report says.

The effect that poorly maintained evidence may have on recent Atwater cases remains to be seen. Salvador said he expects that defense attorneys will try to poke holes in cases using evidence by calling the evidence clerk into court to question them about the chain of custody.

Asked about recent convictions, Salvador said defense attorneys could take a second try at getting their clients acquitted. "It could very well happen. (I) wouldn't be surprised if it did," he said.

The condition of the locker was one of several problems noted in the termination letter of Atwater's previous police chief, Samuel Joseph. He has filed a wrongful termination lawsuit that is ongoing.

Attempts to reach Joseph and his attorney were unsuccessful on Thursday.

Joseph's attorney has said the problems with the locker were manufactured to justify the former chief's termination.

Joseph has since been hired as an agent for the Gustine Police Department. That department uses the term "agent" the way many other departments use "corporal," a rank above officer but below sergeant.

Salvador said many of the problems with the locker were addressed by his predecessor, Interim Chief Drew Bessinger. Beyond the new training he has planned, Salvador is also looking at expanding the locker inside the police station by enclosing a "wasted space" hall that runs along it.

The chief has said he is working on plans to build a new headquarters to replace the 50-year-old building and its evidence room. The expansion of the evidence room buys the department about three years of planning towards the new station.

The city is also upgrading its outdated computers, he said, which contribute to the problems in the locker.

"Mistakes were made. Things happened," Salvador said. "All we can do is push the reset button and make sure our policies and procedures are properly trained and followed."

The Atwater evidence locker was maintained “sub par at best” without any consistency, proper oversight and included a space at a mini-storage without an alarm, according to a state Department of Justice report.
https://www.mercedsunstar.com/news/local/community/atwater/article230226844.html
Tags West Coast guns money drugs evidence room
PRINT