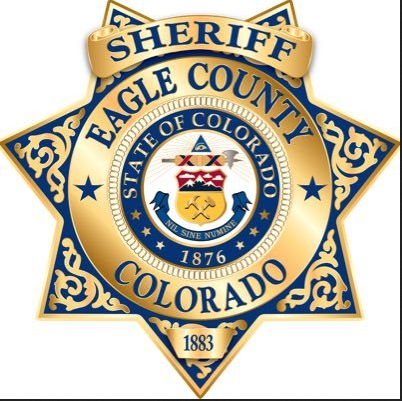 here's a 12-pack of Corona, and let the party begin. Those must have been the words of the teens arrested for underage drinking back in 1994. If they can prove ownership, then now that they are legal, the 10 remaining bottles are ready for pickup.

Residents may remember the 7-foot-tall inflatable penguin that made its way from house to house in Eagle-Vail five years ago. This bird was kidnapped and then placed on some unsuspecting neighbor's lawn. In the dark of night, that neighbor surprised another, who awakened the next morning to a giant bird on their walkway.

This adventure continued across the entire community until one homeowner, not amused by the game, had the bird arrested (confiscated) for trespassing. The sad bird, a crumbled bunch of plastic in a bag, remained sadly in custody in the Evidence Vault until it was claimed by its original owner, years later, and forever retired to the garage.

The Evidence Vault at the Eagle County Sheriff's Office is bursting at the seams with a cornucopia of relevance, mixed with downright amusement. Some of the items in the vault are not crime-related but are of high value and turned in for safe keeping, such as wedding rings or other items commonly discovered on ski runs or mountain trails that often have great sentimental value. However, most of our evidence locker is filled with crime-related items.

As we tackle the clearing out of old remains, to make room for new, we've discovered a combination of important items and seemingly useless junk. However, most of what is kept is for the protection of victims, and the accused, as we navigate the complexities of obtaining the truth in a wide range of incidents.

Evidence gathering is an extensive process. Criminal charges have lifelong consequences. Thus, the Sheriff's Office must be exceptionally diligent in obtaining and securing all related items. Even things that may not seem relevant can make or break a case.

To assure that all rights are protected, evidence must remain in custody until the completion of sentencing, the statute of limitations has expired or upon release by the District Attorney that the matter has been settled. On felonies, even after conviction, evidence must remain secured until the person is either released or deceased, and depending on the age of the perpetrator and the crime committed, that could be 80 years or longer. This is done to assure that if a new trial is ordered, the original evidence is intact.

The process of securing and preserving the integrity of evidence is strict and precise to avoid contamination. Deputies, upon arrival at the scene, cordon off the area and identify witnesses. Detectives arrive with collection kits and cameras. They are trained to be "impartial finders of the facts." They follow the evidence, wherever it leads, with no predetermined conclusions in mind, as things are not always as they appear. Photos are taken before anything is touched.

Evidence is typically collected with specialized kits, unique to the type required, and stored in paper bags, sealed with tamper-resistant evidence tape and marked with a case number, identity of contents, when and where collected, any unique instructions on preservation such as refrigeration and the officer's name.

A strict chain of custody is maintained prior to delivery to the evidence custodian at the vault. Some items are immediately sent to the Colorado Bureau of Investigation for DNA or other complex testing. Due to officer safety, drugs are no longer field-tested and are sent directly to a lab.

Once evidence enters the vault, it remains until resolution. Sometimes contents remain long after they are needed; thus, our recent discovery of many outdated items, including some rather surprising findings.

We've run across a dragon carved sword; old VHS movies and disco tapes; all kinds of drug paraphernalia, including a commercial-grade hash oil extractor, which caused an explosion in 2015; and even an unidentified skull and bones found under a blanket in the mountains in 1977. We even recovered a couple of plain rocks used to break a window 20 years ago. Yes, we've kept it all.

I wanted to take you on this blast-from-the-past journey to give you a peek at some of the cases that have made an imprint on our community over the years. We continue to protect and serve, while also collecting tons of stuff.

James van Beek is the Eagle County sheriff. You can reach him at james.vanbeek@eaglecounty.us.

There’s a 12-pack of Corona, and let the party begin. Those must have been the words of the teens arrested for underage drinking back in 1994. If they can
https://www.vaildaily.com/opinion/eagle-county-sheriff-old-vhs-movies-unidentified-bones-among-items-in-evidence-vault-column/
Tags:
West Coast Big Three: Chain of Custody assault  kits altered evidence
PRINT