May 31 Posted by Joe Latta in Missouri 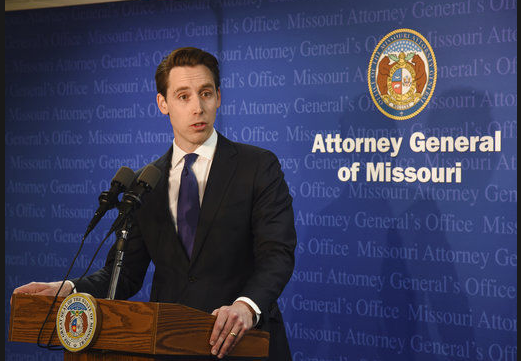 Missouri's backlog of nearly 5,000 untested rape kits represents the failure of the criminal justice system to take sexual assault seriously. Shame on law enforcement and health care authorities who have not prioritized the testing of rape kits, protected survivors or gotten offenders off the streets. Each kit means there is a woman who has not received the justice she deserves and lives in fear that her attacker is free to strike again.

Every woman who suffered sexual assault and went to a hospital or police station to be swabbed, scraped and photographed, expected her kit — with its potential wealth of DNA evidence — would be tested at a laboratory as a first step toward getting her attacker off the streets. It would be a gross understatement to say these women have been let down.

Attorney General Josh Hawley audited the untested kits and determined the scope of the backlog. He was following up on an investigation by the Columbia Missourian newspaper in November that estimated — or woefully underestimated — that there could be 900 untested kits.

Hawley said the nearly 5,000-kit backlog is due partly to a bottleneck between health care providers and the police, with hospitals often not knowing where to send evidence. He also said that 679 of the kits may be linked to possible sexual assaults that have not been reported to police.

State Rep. Donna Lichtenegger, R-Jackson, and Sen. Jeanie Riddle, R-Mokane, are sponsoring legislation to establish an electronic tracking system for rape kits that would allow victims to monitor the status of their kits. The measures are House Bill 2259 and Senate Bill 958.

Texas last year became the first state to pass a law establishing an array of rape kit reforms, including mandatory testing, an annual statewide audit and a system for both law enforcement and victims to track results. The state also established evidence collection procedures for emergency room personnel to ensure that the legal chain is maintained for police use.

Hawley is proposing similar reforms for Missouri that are critical to begin reducing the backlog and establish a better system moving forward. His office has applied for a $3 million federal Sexual Assault Kit Initiative grant to inventory and test existing kits and provide resources to sexual assault victims.

Lack of testing protocols for kits is a national problem. Collecting evidence from sexual assaults started out with the best of intentions, but government blunders — including no requirements and guidelines on what to do with them — have resulted in a national backlog of 70,000 or more untested kits.

Missouri is making progress, but unfortunately 4,889 kits remain untested. There can be no more excuses.