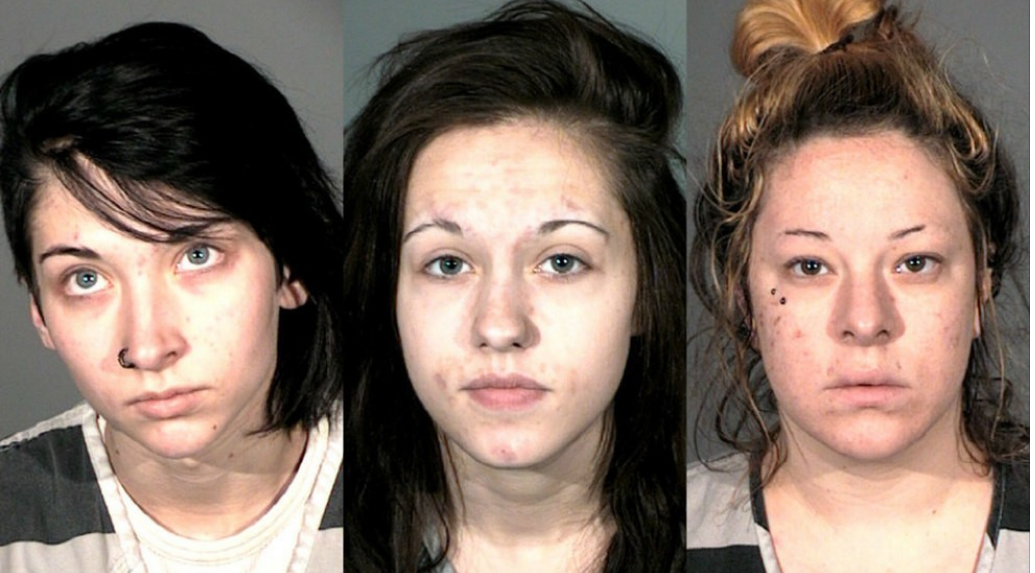 According to the arrest report, on Monday a deputy assigned to the jail was advised that a female inmate in the weekend pod was bringing illegal drugs into the jail. It was learned "administration trustees" who are allowed to sweep and mop the floors at the sheriff's office administration building, were bringing pills into the jail after having access to the front area of the sheriff's office.

Inmates Newman, Mammen and Belmont and another female were assigned to the administration trustee program. A complete search of the weekender jail pod turned up minor contraband and a tattoo needle. Two of the inmates were moved to separate cell areas.

On Tuesday at around 9 a.m. Newman was read her Miranda rights and agreed to speak. She admitted and wrote a voluntary statement of obtaining prescription medication from the front counter of the sheriff's office pill drop box. She stated she had put the prescription pills in a clear plastic bag and concealed the medication in a body cavity to bring into the Carson City Jail. She stated when she was in the assigned living area in the weekender pod, she gave other inmates pills that she had brought into the jail. She stated to she had taken some of the pills, and also used meth as an inmate trusty.

She was taken to Carson Tahoe Hospital where the emergency doctor removed 47 prescription medication pills from a body cavity, the arrest report states.

She stated she had the prescription medication in her assigned cell in a red case. After the interview the investigating deputy located the case under her mattress with eight pills in the case. The pills were Trazadone and Lorazepam, both which can be obtained only through prescription. Mammen wrote out a voluntary statement form on the portions of her actions in the incident, the arrest report states.

The investigating deputy then met with suspect Belmont who was read her Miranda rights and she agreed to speak. She admitted to getting into the pill drop off box in the main building and had concealed the medication on her person so the pills would not be detected when being searched upon her return to jail. When Belmont made it back into the weekender jail pod, she admitted giving pills to two other inmates and when deputies were going to search the pod, Belmont gave them to Kayla Newman, the arrest report states. Newman stated this happened, the report states.

According to the arrest report, Belmont said she was going to flush the pills but Newman took the pills and placed them in a body cavity so they would not be found, the arrest report states. All three were arrested on the charges. Bail: $55,000 each.