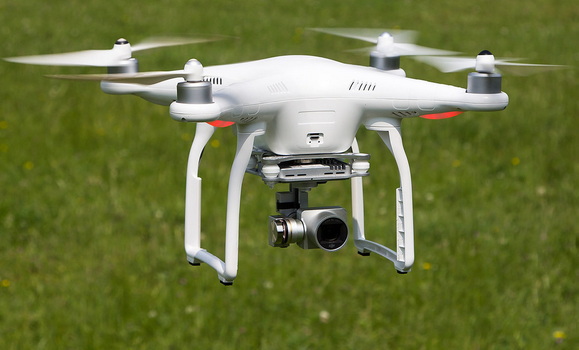 Des Moines County Court records show Jeffrey Allen White, 62, now of Littleton, Colorado, was charged in June with one count of second-degree theft, a Class D felony punishable by up to five years in prison.

The Iowa Division of Criminal Investigation initiated an investigation at the request of the sheriff's office in January 2019, according to an affidavit filed in court.

According to the DCI affidavit:

Allen was promoted to chief deputy in 2001 and retired in December 2018 after 30 years of employment.

As chief deputy, he was authorized to use the sheriff's office credit card assigned to him to purchase items for office use. White also approved invoices and monthly credit card statements.

In September 2018, the sheriff's office discovered White had utilized office funds to purchase a surveillance drone that was missing. This triggered a series of investigations into missing equipment and eventually an audit.

White purchased two surveillance drones in August 2018 and had them shipped to the sheriff's office. He had been authorized by the sheriff to purchase one drone.

Initially, no one was aware White had ordered two drones.

When payment claims were being prepared by the office manager, White told her the second drone invoice as actually "training materials" for the first drone. Based on his description for the "training materials," which cost more than three times the price of the drone, the two drones were listed on asset records as one single drone.

On Oct. 15, 2018, personnel confronted White, who admitted he had the first drone at his house and later returned it to the sheriff's office.

He did not admit to buying a second drone and said the purchase price was for expensive training materials which should be with the drone in the sheriff's office's storage room. When it was determined there was no such item in the storage room, White said someone must have taken them.

In late November 2018, sheriff's office investigators obtained a receipt for the second drone purchase. They confronted him by phone the following month, and White again claimed it was training material and that he could not explain it over the phone.

Around 6:30 a.m. Dec. 7, 2018, White arrived at the sheriff's office and was later seen on surveillance cameras using a stack of uniforms to conceal a package containing the second drone and sneaked it into the equipment room.

He then returned to the equipment room with spray cleaner, towels, and rubber gloves. Surveillance confirmed White was the only person who could have put the drone in the room.

Three hours later, he went into the equipment room with an investigator and claimed he found the "missing" drone. White was confronted by personnel about being caught on surveillance and again denied knowledge of the drone.

On Jan. 6, 2019, White and his wife made an unannounced visit to the home of Sheriff Mike Johnstone and admitted he lied about the drone and claimed he didn't know he had it until he found it in his garage. He also admitted he tried to sneak the drone into the equipment room and further claimed he kept the drones to practice with and make himself useful to the sheriff's office after retirement.

On July 19, 2019, White was interviewed by DCI special agents and again said he thought learning how to use a drone would keep him useful to the sheriff's office. White said he took the first drone home to practice on and brought a second box that he thought contained advanced training materials. He said he never opened the second box and was unaware that there was a drone until the investigation began.

White further said he attempted to cover up his error by sneaking the drone into the equipment room, according to the affidavit.

When White retired, he returned two computers assigned to him. However, an internal audit later revealed White had purchased two newer versions of his work computers that were missing.

He purchased Microsoft Office 365 Home for the Dell laptop for $99.99 using sheriff's office funds. In October 2017, a month after the MacBook Pro purchase, he made a $203.99 purchase of Microsoft Office 2016 for the computer.

The director of the sheriff's office's IT Department, as well as other employees, said they never received the Apple computer and, after an investigation, there was no record, ticket, email, or communication regarding the computer. It was further determined the newer laptop was never used to log into the county's network.

Search warrants revealed the laptop was registered on Sept. 21, 2017, to White's wife using her email and was activated with an IP address matching White's home. The latest activity on the laptop was April 15, 2018.

During an interview with DCI agents in July 2019, White claimed he brought the computer home to train himself on how to use it. He maintained he took it to the IT department, spoke with an employee named "Jenna," and put the laptop on a shelf and left.

He claimed he only had it for a few weeks. When confronted that he had the laptop in use for at least seven months, he offered to let the DCI search his house.

White's wife, who was present during the interview, said she did not know where the laptop was and denied ever using it. To date, the MacBook has not been located.

White had no explanation for why he would use county funds to buy software if the computer was for personal use.

Afterward, he sent a picture of the Dell laptop, which was matched to the missing one purchased in 2016.

On Jan. 28, 2019, White's wife brought the laptop to the sheriff's office. On July 19, 2019, he admitted to the DCI he kept the laptop past retirement, according to the affidavit.

In September 2018, a sheriff's office employee confronted White for using his office credit card to purchase an online membership for retirement advice for $99. When confronted by the office manager over the purchase, he said he would look into it and later falsely claimed another person had made the purchase and not to talk to him.

During the July 2019 interview, White claimed hit was related to stock market crashes to the officers could educate themselves and provide financial advice to members of the Des Moines County community, according to the affidavit.

On Dec. 27, 2018, investigators discovered three new iPhones had been purchased by White during the September-October 2018 billing cycle, including one with a new line of service. Two of the phones were in the office while the third was not.

Verizon Wireless told investigators the nearly $300 phone was activated on the personal account of White, maintained in his wife's name. When first questioned by investigators, White claimed he bought the phones as spares for the office and that the new phone line was a "MiFi" charge and that Verizon changes numbers and charges for equipment.

On Jan. 21, 2019, he told investigators the sheriff had authorized him to keep his work cell phone after retirement and the new phone was to replace his old one. The sheriff said he had agreed to let White transfer the phone number to his personal plan and keep the old phone, but not to buy himself a new phone.

During the July 2019 interview, White admitted he knew he would not be allowed to keep his work phone, but that it was the sheriff who had allowed him to do so. He admitted he bought a new phone to replace the old one.

He claimed the sheriff wanted him to keep his work phone so White could be called if needed to help transition the new chief deputy.

White had no explanation why, if the sheriff wanted him to keep the phone, the sheriff would want the phone back, according to the affidavit.