Michael Lynch, 37, had been charged with six counts of larceny in a building, misconduct in office and possession of heroin after being accused of stealing items from the department's property room in February 2017. 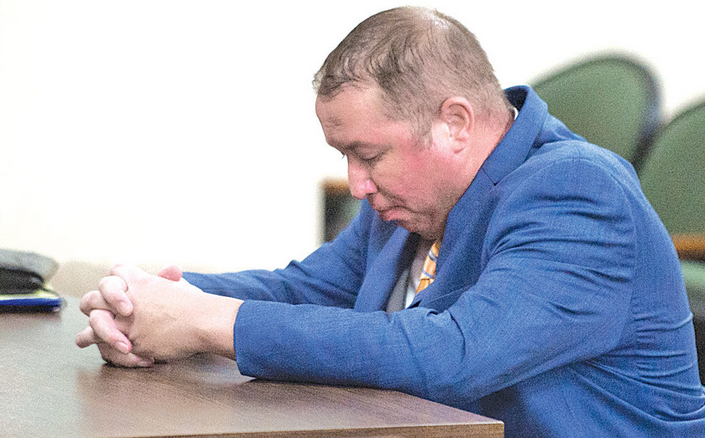 HARPER WOODS — A former Harper Woods Department of Public Safety officer was sentenced on Feb. 27 after being accused of removing several items, including an unknown amount of heroin, from the department's property room.

Michael Lynch, 37, had been charged with six counts of larceny in a building, misconduct in office and possession of heroin after being accused of stealing items from the department's property room in February 2017.

He pleaded guilty to possession of a controlled substance and two counts of misconduct in office, and all six charges of larceny in a building were dismissed, according to 3rd Circuit Court records. He was sentenced to two years of probation and was required to enroll in a residential inpatient drug treatment program followed by intensive outpatient treatment, as well as a mental health evaluation.

"Mr. Lynch will not be eligible to be a police officer since he will not have an MCOLES certification," said Wayne County Assistant Prosecutor Maria Miller, referring to the Michigan Commission on Law Enforcement Standards. "This is a fair resolution of his case, because it protects the public and allows Mr. Lynch to receive the treatment he requires."

Harper Woods police investigators began the investigation after suspicions arose regarding the property room. They coordinated on the case with the Michigan State Police, which is routine in a case including allegations against an officer.

"This was very sad for the Department of Public Safety and the community," said Harper Woods Department of Public Safety Director James Burke. "I'm proud our internal controls caught it and our officers identified what happened and got the criminal justice process going. It's not a happy day, but I'm glad it was caught and I'm appreciative of the Wayne County Prosecutor's Office. Hopefully we can move past this."

Lynch's attorney, Gary Sanfield, could not be reached for comment prior to press time.