He claims he used just a few each week. "He was in excruciating pain," said defense attorney Thomas Eoannou. 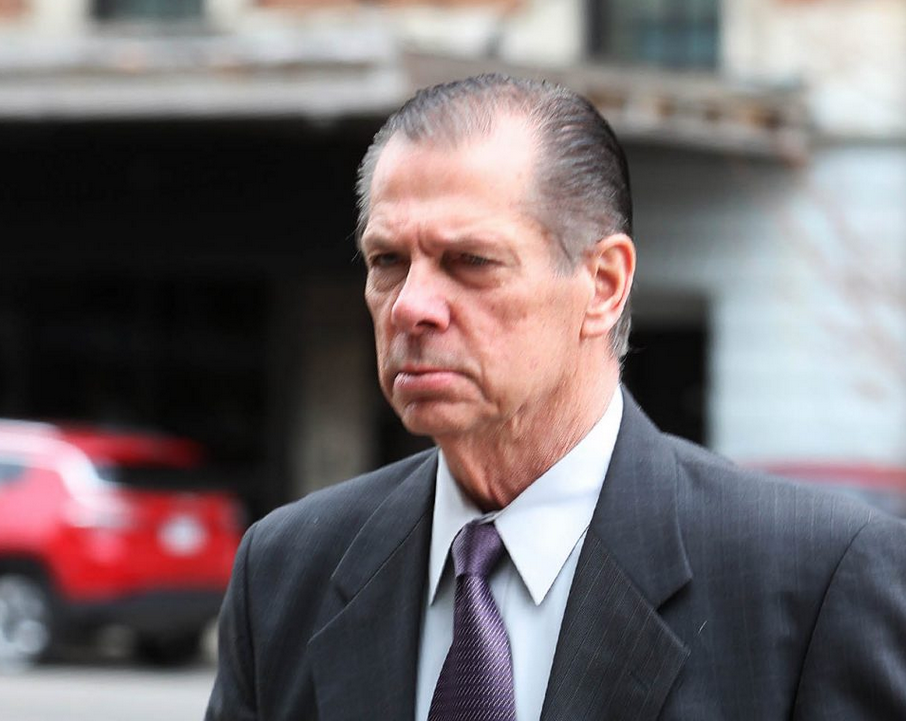 Even though he stole painkillers from a community drop box, Peter J. Breitnauer says he was never an addict.

The 32-year veteran of the Kenmore Police Department, who spent the last six as police chief, also says he is now free of the drugs that led to his arrest last year.

Now 69 and retired, Breitnauer learned his punishment Wednesday – probation, a $1,000 fine and the opportunity to expunge his misdemeanor conviction if he stays out of trouble.

"The past six months have been a living hell," the former chief said of the public humiliation tied to his arrest. "And it's my fault."

He admitted stealing painkillers from the drop box at the Kenmore Police Station and storing the pills in a closet in his office. He claims he used just a few each week.

"He was in excruciating pain," said defense attorney Thomas Eoannou.

Eoannou blames the medical profession for his client's legal woes and on Wednesday talked about the four surgeries to his back, shoulder and knees over a three-year period and the 50 prescriptions and 1,100 pills that his doctors gave him.

Still in pain after the prescriptions ran out, Breitnauer sought relief with the hydrocodone he stole, his lawyer added.

In sentencing the former police chief, Schroeder made references to the opioid crisis and the public's growing awareness about the addictive nature of painkillers.

"We're now finding out that the cure may be worse than the problem," the judge said Wednesday.

His voice cracking with emotion at times, Breitnauer talked about the support of his family and friends and how he feels like he let them down. His lawyer also noted that seven police chiefs from across Erie County wrote letters of support.

Under his plea deal, Breitnauer faced a recommended sentence of up to six months in prison but was eligible for "special probation" and the eventual dismissal of his conviction.

From the outset, Eoannou pointed to his client's military service and more than three decades of law enforcement work to suggest that special probation is designed for first-time offenders like him.

Breitnauer was asked if he was taking pills from the New York State Medication Drop Box, where residents can dispose of unwanted prescriptions, and he admitted he was and that he was using them.

The chief also took agents into his office at the Kenmore Police Station and showed them a closet with pills inside. Agents estimated the number of pills at about 100.

FBI agents said Breitnauer admitted an addiction to painkillers shortly after his arrest in October, but he made no such admissions in his agreement with prosecutors.

The past six months have been a living hell, the former chief said of the public humiliation tied to his arrest. And its my fault.
https://buffalonews.com/2019/04/10/after-stealing-pills-former-kenmore-police-chief-gets-probation/
Tags:
East Coast cheif get probation stealing painkillers drug drop box
PRINT