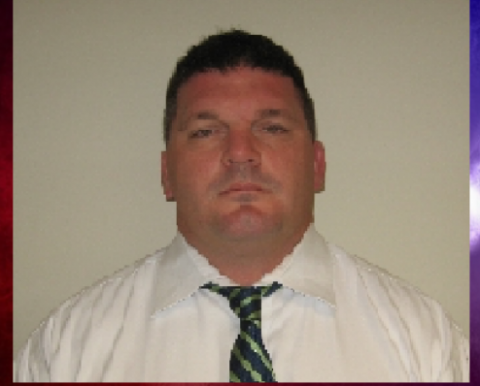 His sentence also requires him to perform four hours of community service per week while under court supervision.

Documents state that Mauger engaged in systematic corruption with his roles as a police officer and supervisor.He also conspired with former officer Tye Downard as far back as 2006. Downard was arrested in February on drug charges before being found dead in his cell in days later.

According to search warrant affidavits, Mauger lied to judges in support of drug trafficking investigations and admitted to stealing cash during and after police searches.During the course of the conspiracy, the conspirators stole between $150,000 and $250,000. Once Mauger found out about the federal law enforcement agencies investigating him, he removed some of the stolen cash from a safe. Mauger pleaded guilty to one count of conspiracy to deprive persons of civil rights and one count of federal program theft on May 27.

"Citizens rely on the truthfulness and integrity of law-enforcement officers," Acting U.S. Attorney Glassman said. "The overwhelming majority of the time, this faith is well-earned. But when someone breaks the laws he or she has sworn to uphold, the public trust is severely damaged."Glassman commended the investigation of this case by the FBI, Ohio Bureau of Criminal Investigation. ©2016 by 10TV.com. All rights reserved. This material may not be published, broadcast, rewritten or redistributed.

Shane Mauger was sentenced to 33 months in prison for falsifying search warrant affidavits and stealing money and property from drug trafficking investigations.
http://www.10tv.com/article/former-reynoldsburg-officer-sentenced-prison-theft-civil-rights-charges
Tweet
How do you feel about this post?
Happy (0)
Love (0)
Surprised (0)
Sad (0)
Angry (0)
Congress Just Passed A Sexual Assault Survivor’s B...
Dickson officer to face hearing over inmate drinki...
Comment for this post has been locked by admin.