The men were caught after one of their cell phones was searched during an investigation into prescription drugs missing from a police department take-back box, 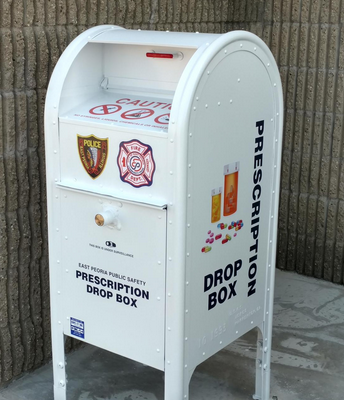 MARQUETTE, MI – Two former Upper Peninsula police officers are facing felony charges related to using and selling anabolic steroids, which are schedule three controlled substances,The men were caught after one of their cell phones was searched during an investigation into prescription drugs missing from a police department take-back box, the report said. Then-Negaunee Police Department officer Richard Neaves admitted to taking the drugs. When his phone was searched, Michigan State Police found text messages between him and then-Marquette Police Department officer Todd Collins in which they discussed buying and selling illegal steroids.

In the investigation, police reviewed more than a year's worth of text messages between the men, searched the in-vehicle laptop of Collins and reviewed bank account records, the report said. They also interviewed a third former Marquette police officer who discussed buy and selling steroids with Neaves in text messages. He admitted to purchasing steroids from Neaves, the report said.

31-year-old Neaves of Marquette and 36-year-old Collins of Negaunee were both arrested in November and arraigned in December. Charges include conspiracy to commit controlled substance delivery or manufacture, which is a seven-year felony and/or $20,000 plus a $10,000 fine; and using computers to commit a crime, a felony that carries four to 10 years.

Both men are out on bond. Their preliminary hearings were scheduled for earlier this week. No other court dates have been set.