On January 20, 2017, the Glendale Police Department's Homicide unit  arrested a suspect in the murder of a 41 year old male victim who was
brutally stabbed to death over 23 years ago 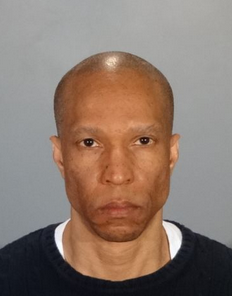 On January 20, 2017, the Glendale Police Department's Homicide unit arrested a suspect in the murder of a 41 year old male victim who was brutally stabbed to death over 23 years ago.

In the late evening hours of October 12, 1993, a friend of Avery Carlton Howard called the Glendale Police Department to check on the well-being of Howard who had not been seen or heard from in days. Officers responded to Howard's residence in the 1700 block of Orchard Place and found his door unlocked. They went inside and found Howard deceased. Howard had been violently attacked inside his own home with a kitchen knife. Homicide detectives processed the scene and collected numerous pieces of evidence. They followed multiple leads and found surveillance footage of Howard inside a 7-Eleven store in Glendale with an unidentified man prior to the discovery of his death. This was the last time Howard was seen alive. The man in the footage with Howard was never identified and the case went cold.

In 2015, a homicide detective reopened the case and submitted DNA evidence which had been originally collected from the crime scene. The DNA evidence was processed by the Verdugo Regional Crime Lab which is housed inside the Glendale Police Department. Forensic examiners found the DNA belonged to 46 year old Phillip Arnez Ettress. Detectives researched Ettress and found that he had an extensive criminal history and as they looked at his prior booking photos, they saw a startling match to the man in the 7 Eleven surveillance footage with Howard.

Detectives learned Ettress was currently in custody at the Los Angeles County jail for an unrelated burglary case and was nearing the end of his sentenced term. Glendale Police detectives were able to pay Ettress a visit while he was in jail with a search warrant in hand to seize a confirmatory DNA swab sample. Forensic examiners were then able to confirm Ettress's swab sample with the DNA found in the crime scene.

On January 20, 2017, Phillip Arnez Ettress completed his jail term for the burglary case and was set free. Waiting for him at the gate were Glendale homicide detectives who arrested Ettress for the murder of Avery Carlton Howard.