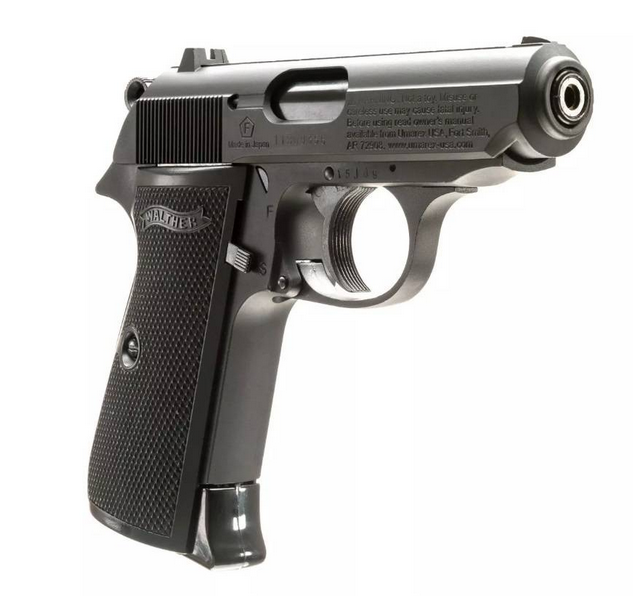 On March 9, 2017, a Seattle police officer clearing space above his locker in the South Precinct tried to slide a nylon duffel bag sitting atop the locker next to his. It was too heavy, so he lifted it.

And then opened it. Inside he found plastic bins containing 19 knives, 10 handguns and miscellaneous ammunition.

It turned out that one of the guns, an older Walther PPK, had been reported stolen in Seattle in 1990.

The partly blue duffel bag had been sitting on top of locker #17 for at least seven years, according to the officer. On the locker was the name "MATSUMOTO" in blue tape, according to internal investigation documents obtained by The Seattle Times.

Among the items found in the bag was a small pocket knife with the initials "C.H.M." on the handle — the initials of locker #17's occupant, Officer Carl H. Matsumoto.

An investigation showed that Officer Matsumoto had written the stolen property report for the Walther handgun when it turned up missing in a residential burglary in 1990, according to the documents.

Despite these facts, the Office of Police Accountability (OPA) was unable to find Matsumoto had done anything wrong, largely because he insisted he had no idea how the bag got on top of his locker or how his knife — he acknowledged it belonged to him — got inside. Documents indicate that OPA found Matsumoto's story a concoction of "fantastical coincidences" that were as unbelievable as they were unprovable.

The incident illustrates the formidable challenge faced by the Police Department when it investigates one of its own, even as it has carried out sweeping reforms and sought to bolster officer accountability and public faith in response to federal findings in 2011 that Seattle officers routinely used excessive force and demonstrated evidence of biased policing.

Swift and fair discipline of wayward officers has been a key promise of reformers, however the police department's struggle to hold officers accountable surfaced again this week, when U.S. District Judge James Robart — who is overseeing the reforms outlined in a 2012 consent decree with the Department of Justice — ordered the city to explain how a fired officer who punched a handcuffed woman recently managed to get his job back. He is awaiting a written response.

After more than 35 years with the department, Matsumoto retired May 1 shortly after the OPA case was closed.

Attempts to contact Matsumoto by telephone were not successful.

When the bag of guns and knives was first found, the department initially conducted a criminal investigation, referring the case to the King County Prosecuting Attorney's office for a potential charge of possession of stolen property.

But lacking a statement from Matsumoto acknowledging that he possessed the gun, prosecutors determined there wasn't enough evidence to file a charge.

No witness had seen Matsumoto with the bag, the prosecutor's office wrote, and while the knife bearing his initials and the bag's placement above his locker were "probative facts," suggesting "dominion and control," a jury also could find substantial doubt as to his knowledge the gun was stolen or of its existence in what was described as a "dusty and closed bag."

At that point, OPA took over the case.

With a police-union representative at his side, Matsumoto told the OPA he had worked in the South Precinct for about 30 years and used locker #17, according to the records.

Denying the bag belonged to him, he said other officers used the area above the lockers for storage.

Asked about a wrist brace used by bowlers also found in the bag, Matsumoto said he had been a bowler but hadn't bowled in about eight years.

When he bowled, he said, he believed he wore a black wrist brace. He also used a blue bowling bag, he said, but never stored it at the precinct.

Shown a photo of the brace found in the bag — with black and red coloring — Matsumoto said it was not his.

He also insisted that he had never failed to follow procedures for handling evidence, including entering a gun into evidence.

Matsumoto said he didn't recall recovering the stolen gun, and dismissed any possibility he failed to enter it and intentionally kept it, according to the records.

He also denied ownership of the other guns, which couldn't be traced to him, while saying he frequently buys guns from private parties without registering them. He stated he wasn't required by law or policy to do so.

When shown the knife with his initials, Matsumoto admitted it belonged to him, but had "no convincing explanation of how his knife found its way into the same bag that the stolen firearm and the wrist brace were located in and that he denied was his," the OPA's civilian director, Andrew Myerberg, wrote in a summary memo.

Myerberg wrote that if Matsumoto was telling the truth, his case represented "some of the most fantastical coincidences" he had seen on the job.

"Normally, in any given situation, the simplest explanation is usually the right one," Myerberg wrote. "From my perspective, that explanation is that (Matsumoto) recovered the firearm sometime after completing the report, did not enter it into evidence, and kept it in his personal possession, either intentionally or unintentionally."

But Myerberg wrote that given Matsumoto's denials — "as implausible as those denials may seem" — he couldn't prove or disprove that Matsumoto had violated the law by possessing stolen property or violated "myriad" other policies.

"Accordingly, and while I have significant reservations in doing so, I recommend that this allegation be Not Sustained — Inconclusive," Myerberg wrote.