More than $40,000 in ammunition had been unlawfully removed from the KSP Supply Branch 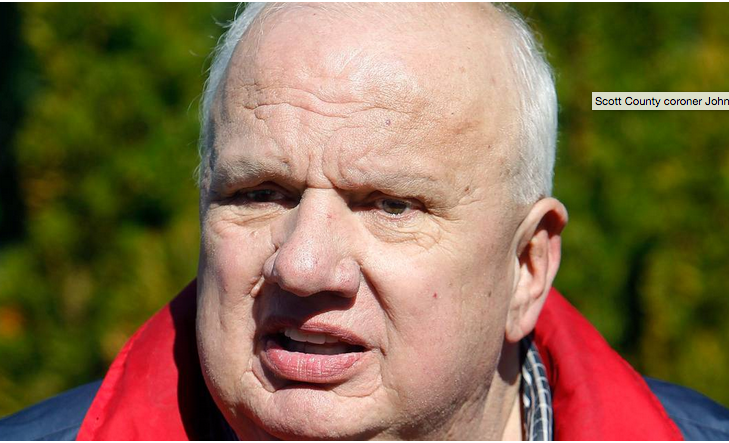 The Scott County coroner, a Kentucky State Police trooper and retired state police colonel were indicted Thursday on charges involving the theft of $40,000 worth of ammunition and weapons.

A grand jury indicted Coroner John Goble on multiple charges arising from the thefts and separate, allegedly illegal, conduct in his office.

He was indicted on two felony counts of receiving stolen property. One count said Goble unlawfully received large amounts of state police ammunition with a value of more than $10,000 but less than $1 million "when he had reason to believe Master Trooper Robert M. Harris, had illegally obtained these items."

More than $40,000 in ammunition had been unlawfully removed from the KSP Supply Branch in Frankfort and delivered to Goble's residence, police said Thursday. Goble also received three M1A rifles and 10 Remington shotguns that Harris illegally obtained from state police, the indictment said.

The grand jury also indicted Goble on two misdemeanor counts of official misconduct. One charge said that Goble transported moonshine for disposition in a county-owned vehicle. The other count said Goble used a county-owned vehicle "to transport donor eyes from the Kentucky Eye Bank to West Virginia for personal profit."

The forgery counts said Harris covered up the transfer of ammunition and firearms to Goble and retired KSP lieutenant colonel Mike Crawford by forging the names of troopers Jerry Wise and Josh Satterly "on written instruments with the intent to deceive" the commonwealth.

Crawford, 54, of Georgetown, was charged with two felony counts of receiving stolen property. From 2013 to 2017, while serving as a captain and colonel with state police, Crawford received 200 cases of ammunition from Harris, when he had reason to believe that Harris had obtained the items from state police, the indictment said. Crawford also allegedly received five Remington shotguns from Harris.

The investigation revealed that several firearms were sold to Crawford, according to the state police news release. State police spokesman Sgt. Josh Lawson said Crawford was not authorized to purchase them because by then he was retired. Lawson said firearms that are old or that have been "transitioned out" because of new technology are allowed to be sold only to officers within the agency.

The shotguns were replaced by AR-15 semiautomatic rifles, Lawson said.

Lawson said there are protocols for weapons that are disbursed from the supply branch, but state police will conduct on audit to determine whether controls need to be changed. "It's not as though we didn't have protocols in place," Lawson said.

Lawson said it was "disappointing" and "disheartening" that enough ammunition to fill two pickup trucks was taken from the supply branch.

Goble, 64, of Georgetown is a retired state trooper. He was not immediately available for comment Thursday but when news of the investigation broke in January he said it was politically motivated and predicted he will be "completely exonerated."

He was elected coroner in 2002 and is running for re-election. Goble defeated deputy Coroner Mark Sutton in the May 22 Republican primary but faces Democrat Lane T. Crowley in the November general election.

Goble does not have to resign office as a result of the charges. For example, Pulaski County Coroner Richard New remained in office after he was indicted in 2012 on charges of embezzling more than $60,000 from a funeral home where he had worked. He later resigned as coroner after pleading guilty to 26 counts of theft.

Fayette County Attorney Larry Roberts was the special prosecutor who presented the Goble, Harris and Crawford cases to the grand jury.

Goble asked to testify before the grand jury and was allowed to do so in May, according to The News-Graphic, the Scott County newspaper.

Goble, Harris and Crawford are scheduled to be arraigned July 2 in Scott Circuit Court