Investigators wrote in court paperwork that he admitted to the crime and said he took the drugs for his personal use. 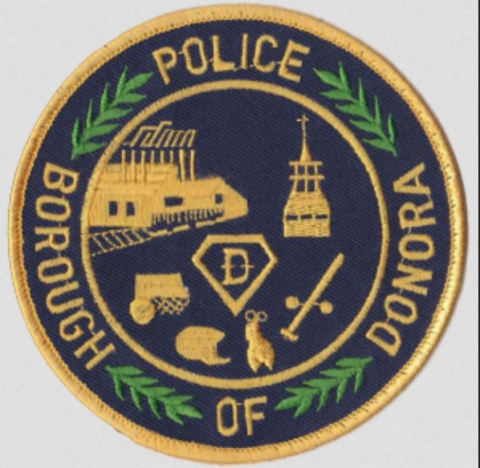 James B. Johnson V's arrest exemplifies what his attorney says is a modern "American tragedy" — an injury leads to painkiller addiction which, in turn, leads to heroin use.

"Local kid gets injured, gets hooked on opioids and can't get off of them," attorney D. Scott Lautner said Thursday. "This clearly shows the drug epidemic problem in the United States right now, that it affects everybody of different ages, sexes, religions and occupations."

In this case, the addict is a police officer.

Mr. Johnson, who had worked part time for Donora from 2011 until last summer, was charged this week with stealing 133 stamp bags of suspected heroin from evidence following a drug seizure in August. Investigators wrote in court paperwork that he admitted to the crime and said he took the drugs for his personal use.

"Basically, this is the unfortunate typical American tragedy going on right now with drugs," Mr. Lautner said. "The difference is, this kid happens to be a police officer, was injured on the job, prescribed pain medication, became addicted, and it's gone downhill since then for him."

But Donora Mayor Donald Pavelko had a different take on the situation.

"I'm totally disgusted by it, but that's the state of the country right now," Mr. Pavelko said this morning.

Mr. Pavelko said Mr. Johnson has not been scheduled to work for Donora since August.

"He's no longer on the payroll," Mr. Pavelko said. "He was taken off the schedule."

Mr. Johnson, 29, of Monongahela is not currently working anywhere as a police officer. He is going through rehabilitation, is under a doctor's care and has no plans to return to work anytime soon, Mr. Lautner said.

He sustained two work-related injuries that led to painkiller use — one occurred about two years ago, when he fell and hurt his elbow, and another incident led to his hand being cut, Mr. Lautner said.

The mayor said that he knew nothing about any work-related injuries to Mr. Johnson. Mr. Lautner could not immediately be reached today to respond. Donora police Superintendent James Brice has not returned messages.

After beginning to use painkillers, Mr. Johnson became addicted, and from there he graduated to heroin, according to the lawyer. Mr. Lautner cited the cheap cost of heroin as an inducement.

"In that situation, basically out of necessity and cost, the fact that heroin is so affordable, for lack of a better term, in comparison," Mr. Lautner said.

"My client's accepted responsibility for his actions, he's going to accept responsibility down the road, he's admitted to his problems. Quite frankly, I think it was a cry for help from his perspective. He knew deep down what was going on was wrong, and that was the best way for him to get help and to admit to the problem:"

On Aug. 10, Donora police and the Washington County Drug Task Force confiscated heroin after serving a search warrant on a residence and vehicles in the borough. Two days later officers arrived to transport the evidence and found the evidence envelope missing.

Police reviewed video surveillance from cameras inside the police station and found Mr. Johnson was the only person who "handled and examined items within the box of evidence numerous times" and without a legitimate purpose, the affidavit said. Police said they confronted him in November and he admitted to stealing the drugs.

"We have these cases days in and day out. This is the kid down the street that was the nice kid, the good kid, and all of a sudden to find out he's got a heroin addiction. It was a shock to everybody, including his family," Mr. Lautner said. "We're trying to get him the help that he needs."