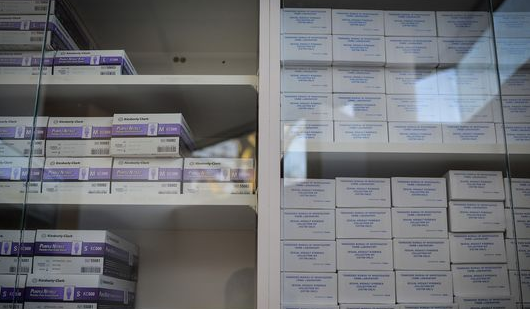 As of August, the Memphis Police Department had processed and analyzed about 73 percent of a backlog that at its peak in 2013 reached 12,000 kits, many of which had sat in storage, neglected for years, as assailants remained free and victims awaited justice.

MPD reported 479 kits still in storage in August, with another 2,813 awaiting testing at forensic laboratories. Out of the 12,000 kits, laboratories have finished testing 8,944.

"DNA analysis is a powerful weapon against sexual assailants, but it can't do any good when rape kits don't get processed," Cohen said in a prepared statement. "This grant will help the City of Memphis and our local law enforcement track down assailants, help victims get justice, and protect individuals from becoming victimized by recidivists."

In 2015, Memphis received two grants worth a combined $3.9 million — one from the DOJ, the other from the New York County District Attorney's Sexual Assault Kit Backlog Elimination Program — to pay for rape kit testing.

Cohen in September successfully amended the House appropriations package to add $4 million in funding for the DOJ's Sexual Assault Kit Initiative (SAKI), which provides grants to address unsubmitted sexual assault kits in law enforcement custody. If the package is approved as amended, SAKI will receive $49 million in the fiscal year.

The city has received praise for its more recent handling of kits, with Sen. Mark Norris in 2015 saying Memphis — once a cautionary tale — had become a "model" for cities. But the work is too little too late according to victims who continue fighting the city in court.

Reach Ryan Poe at poe@commercialappeal.com and on Twitter at @ryanpoe.