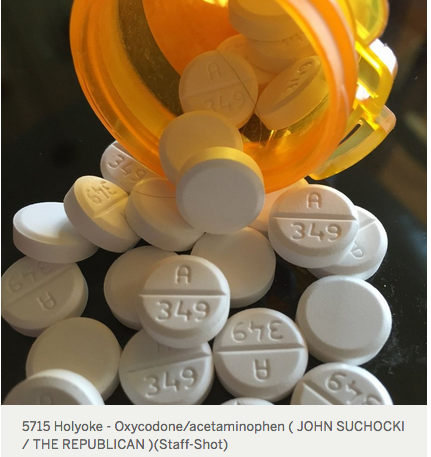 Montague Police Chief Charles Dodge III, a recovering oxycodone addict, was the subject of an Attorney General investigation into mishandling of the department's prescription drug drop off program last year, according to an investigation by the Greenfield Recorder.

And while no charges were filed in the probe, the AG's probe has had a lasting effect on the department's operations.

The department's drug drop off program, which allows people to safely and securely dispose of medications, was suspended in July of last year and reinstated last month with improved security protections. And the department remains suspended from Northwestern District Attorney's Anti-Crime Taskforce, which allows law enforcement from across Hampshire and Franklin Counties to collaborate on solving major crimes.

The Recorder's investigation, based on a state police investigation document obtained by the newspaper, public records requests and an interview in which Dodge confirmed key elements of the story, describes how a sting operation ensnared a police chief who still holds the support of Montague's select board.

In an interview with MassLive, Dodge said he was completely transparent with investigators, providing them full access to the department. He denied any misuse of the drugs in the drop box.

Montague Police Chief Charles Dodge III was questioned in mishandling of drug dropbox while in treatment for pill addiction | masslive.com