including members of the Montague police force, had the opportunity to steal from the public drug drop-off box. 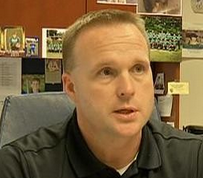 MONTAGUE -- A new investigation of Police Chief Charles "Chip" Dodge initiated by the board of selectmen has prompted his removal from duty, effective immediately, a statement released Tuesday by the town says.

The board's action is on the heels of a "no-confidence" vote by Montague police officers and sergeants and a letter from Northwestern District Attorney David Sullivan stating that a multi-town anti-crime task force will not permit Montague to participate in it so long as Dodge is chief of police.

According to town administrator Steve Ellis, Dodge has been placed on paid administrative leave and will remain so until the investigation has finished.

"The Montague Board of Selectmen has placed Montague Police Chief Charles (Chip) Dodge on administrative leave while the Town conducts an internal investigation. The purpose of the investigation is to acquire a complete and objective set of facts to inform any future action the Board may take. Note that the Board makes no presumption with regard to the outcome of this investigation.

"This notice will constitute the full extent of the Town's comment with regard to this personnel matter at this point in time."

The town's police officers and sergeants, acting through their respective employee unions, unanimously voted that they have no confidence in Dodge's ability to lead the department and have accused him of publicly disparaging them. They want him held accountable for his actions.

Dodge has been under scrutiny for more than a year.

A state attorney general investigation of him that began around June 2016 focused on whether Dodge had taken discarded narcotics from the police department's public drug drop-off box, which he supervised at the time.

Northwestern District Attorney David Sullivan, in a recent letter to Dodge, Montague Selectmen and the town administrator, said that the executive committee of the 47-community Hampshire and Franklin County anti-crime task force refuses to allow the town to participate in that task force so long as Dodge is chief of police.

Although Dodge was not charged with any crimes, the AG investigation resulted in the town's police department being excluded from the Anti-Crime Task Force and the drop-off box program in town was suspended.

The public drop-off narcotics box program has resumed, but Dodge is now barred from exercising any authority over it.

The AG released some documents related to its investigation, which it made public earlier this month.

The International Brotherhood of Police Officers, the bargaining units representing the department's unionized officers and sergeants, was outraged at statements made by their chief that were contained in those documents.

The documents include an email written by Dodge in which the chief tells state police investigators that others, including members of the Montague police force, had the opportunity to steal from the public drug drop-off box.

The officers voted that they have no confidence in the chief on Oct. 19.

Although the sergeants and officers' union letter does not ask that Dodge be fired, it asks the town administration to "hold our police leaders" to standards of conduct commensurate with their responsibility "and take all action necessary to restore confidence and morale in a once proud Montague Police Department."

The letter states: "Given the circumstances involved, and Chief Dodge's admissions about his own opioid addiction, the unions lack confidence that Chief Dodge is fit to carry out the duties as the leader of the department. Certainly, it is well known that rank and file police officers in a similar situation would be relieved of duty."

The police union statement said that no officers were interviewed by authorities during the AG investigation, and that they were never suspected of any wrongdoing, nor the target of any probe.

The reason for the closed meeting was "to discuss the discipline or dismissal of, or complaints or charges brought against, a public officer," according to the open meeting law exemption the board has stated it will use, to allow them to meet in executive session with the embattled chief.

The Republican has left email and telephone messages with Dodge, but he has not responded to the requests for comment.

Ellis, in a prepared statement related to the town being prohibited from participating in the anti-crime task force so long as Dodge is the chief, said:

"The Board [of selectmen] is pleased to know that the Anti-Crime Task Force will continue to undertake investigations within the Town of Montague, however, there is concern that the Town was not proactively engaged as the Task Force's executive committee contemplated this vote. We look forward to engaging task force leadership to better understand the rationale and process by which it came to this decision."