The key used to get into the evidence room was in the hands of at least 12 people." 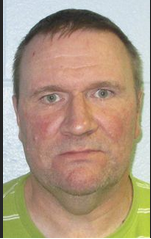 CADILLAC — Detective Trooper Greg Hubers knew it was problematic when thousands of dollars went missing from a Michigan State Police evidence room. But he began to suspect something aside from the missing cash might have been "amiss" after the money disappeared.

Hubers — formerly employed at MSP's Cadillac post — on Tuesday was the first to testify in a four-day trial of his former colleague, Malcolm Lindsey Irwin. Authorities accused Irwin, 52, of stealing more than $9,000 from the post's evidence repository in 2013. His trial is set to continue this week.

Irwin stood beside Hubers when the pair discovered the evidence money was missing.

"Oh my god Greg it's all gone," Hubers remembered Irwin saying as he clutched his chest and told Huber to keep quiet while he alerted his superiors. But Hubers decided to take action.

"Due to all the circumstances … I thought something was amiss here," Huber told jurors, detailing how he ignored Irwin's requests for discretion and immediately notified his commanding officer.

Irwin was charged with embezzlement among other felonies late last year after officials determined $9,692, evidence from several MSP cases, was missing. It took more than two years for prosecutors to levy charges in the case. Some of the missing cash — $1,400 — was evidence from a 2014 Grand Traverse County robbery.

Hubers – who stopped by to pickup money from an unrelated case – said he noticed red flags when he asked Irwin to retrieve cash from the evidence room. Irwin hesitated before he walked down to the repository, flubbed his computer password and opened the wrong drawer, Huber remembered.

"I'm not sure he was going to do the proper thing," Huber said.

Defense attorneys, however, said Irwin followed perfect protocol and immediately notified his boss. Attorney Stephen King argued the repository was far from secure anyway. Anyone could have taken the cash. He argued the MSP simply needed a "scapegoat" to justify a failed security system.

"Unfortunately this case has been a huge embarrassment for the Michigan State Police," King said. "The ability of police and non-police to get into the post itself after-hours was over 40 people … The key used to get into the evidence room was in the hands of at least 12 people."

Assistant Grand Traverse County Prosecutor Kit Tholen – appointed as a special prosecutor in the case – said the "puzzle" of a case relies on circumstantial evidence. And he contended that evidence points directly to Irwin.

Irwin —the gatekeeper to the evidence room — had easy access to the money, Tholen said. His finances were strained but suddenly eased following the theft. Irwin also turned down a lucrative retirement package to abruptly retire shortly after the investigation began, Tholen said.

"Instead of complying, instead of submitting, the defendant grabbed a gun, fled into his backyard and was contemplating suicide," Tholen said. "You will not hear a smoking gun. You won't see him on camera. … This will require you to put all of those pieces together."

Irwin faces four charges: embezzlement by a public official; embezzlement between $1,000 and $20,000, resisting a police officer and felony possession of a firearm. The charges could send him to prison for more than a decade if convicted. But King said jurors will realize he didn't take the money.

"It was a common residential quickset key that could be copied at any Home Depot," King argued. "The door on the evidence room didn't always close and latch. … They focused on only one person from the beginning. … They refused to look at anyone else."

Irwin sat quietly in 28th Circuit Court, only occasionally shaking his head at Huber and Street's testimonies or to whisper in his attorneys' ears. The case was adjourned on Tuesday after several hours of arguments. It's set to continue Wednesday with more testimony from Street.