Officer saw pills inside the car and arrested Curtiss, claiming the pills were narcotics when they were actually prescription heart medication. 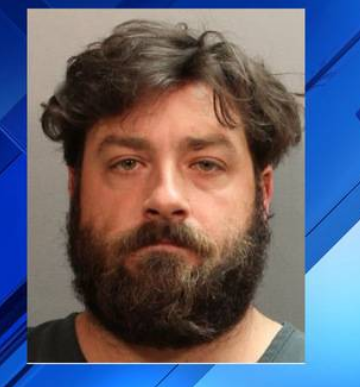 That resulted in at least four cases in which people stopped for traffic violations or other incidents were charged with possession of narcotics when the drugs were prescribed or over-the counter type pills, according to The Florida Times-Union.

In one case, Tholl pulled over Philip Curtiss, who confessed to driving without a license. The report said Tholl saw pills inside the car and arrested Curtiss, claiming the pills were narcotics when they were actually prescription heart medication.

Curtiss later pleaded no contest to all charges and the court found him guilty.

The case was investigated during the time Curtiss was serving his sentence, and it was found that the drugs were heart medication, but the Times-Union reported Curtiss wasn't told about it and there have not been any motions filed to vacate his conviction.

At least four other cases have been found in which Tholl is accused of lying about testing drugs found on suspects and about 30 cases have been dropped since Tholl's arrest.

"The oath we take are words that sets us apart from all other professions. It takes a special person to live up to them, but unfortunately, some fall short," Leeper said.

Defendants who feel they may have been wrongly convicted can contact the Conviction Integrity Review Unit.

A Nassau County deputy&nbsp;has been arrested and fired from the force. Kyle Tholl, 38, is accused of not testing drugs found in the field and making false&nbsp;claims that some drugs were...
https://www.news4jax.com/news/florida/nassau-county/nassau-county-deputy-accused-of-framing-innocent-people
Tweet
How do you feel about this post?
Happy (0)
Love (0)
Surprised (0)
Sad (0)
Angry (0)
Tags:
East Coast
Cops held for keeping seized goods
NO DRUGS: Lab testing confirms flyers were not tai...