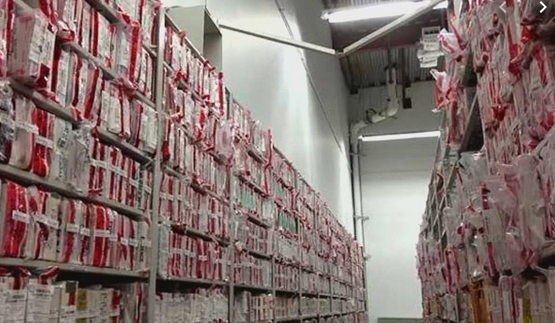 A law requiring law enforcement agencies to submit qualified rape kits for testing within 30 days of receipt will become effective in January 2020, but it does not address the thousands of untested kits currently existing in the state today.

"I think it's really important that [law enforcement] have funding going forward and to be able to use for their current caseload," Hettleman said.

Rape kits are typically collected in hospitals after an alleged sexual assault crime. After a collection of DNA evidence is gathered through blood samples, external and internal swabs, fingernail scrapings, hair combing, the collection of clothing and other crime scene materials that could be used for prosecution, the kit is sent to the law enforcement agency with jurisdiction to investigate the case.

The attorney general's estimate of untested rape kits is drawn from survey results from Maryland's 135 law enforcement agencies taken between Jan. 1, 2016 and Dec. 31, 2017. But many of the agencies say the figure is inflated by the large number of kits that don't qualify to be tested.

This can occur when victims decline to prosecute or choose to remain anonymous, when allegations are deemed baseless or when cases have already been adjudicated.

Currently Baltimore City has an inventory of 900 untested kits and Howard County 503, dating back some 30 years. Both agencies say those kits have been thoroughly vetted and legitimately disqualified from testing.

Montgomery County had an inventory of approximately 950 untested kits as of April 30, 2018, with some dating back as far as the 1960s. But 280 of those kits were waiting to be qualified for testing, and an additional 500 – on top of the 950 – were somewhere in the testing process as of 2017, Montgomery County Police spokesman C. Thomas Jordan said.

The U.S. Department of Justice recently awarded Maryland a $2.6 million grant to process untested rape kits, among other things. About a third of the federal grant, $903,096, is dedicated to processing untested rape kits established before April 2018, according to the attorney general's office. The grant will also be used to develop a statewide sexual assault evidence kit tracking system and hire specialized victim advocates.

"We hope to use federal grant monies to help local jurisdictions test all the previously unsubmitted kits," said Zenita Hurley, the attorney general's chief counsel for Civil Rights. "We estimate approximately 1,000 of the estimated 6,000 unsubmitted kits will be tested under the our current grant."

The state police, who will handle the procurement of the grant-funded testing, said the fund is not enough to cover anticipated costs.

"The additional funding needed will come from both the $3.5 million state fund and future federal grants," said Maryland State Police spokesperson Ron Snyder. "In addition to supplementing the testing of the old kits, the state fund needs to also account for the increase in the number of future kits expected as a result of passing [Hettleman's bill]."

There is nothing in the new law that prohibits a law enforcement agency from using the funds for backlogged rape kit testing, Hettleman said.

The lawmaker said she is hopeful the recommendations will translate into legislation in the near future.

Beginning in September 2019, and every two years after, all Maryland law enforcement agencies will be required to report the number of all sexual assault evidence kits in their possession as of June 30 of that year, as well as the number of rape kit test requests by victims, the number of kits tested and the number destroyed, according to the attorney general's office.

The Maryland Coalition Against Sexual Assault said it is happy with the new law, but would like to see all rape kits tested.

"Mandatory testing of rape kits that are collected in the future is an important step forward for Maryland, however it is only one of many changes that are needed," the coalition's executive director, Lisae Jordan, said. "Failing to test a rape is extremely disrespectful to the women, men, and children who endured a detailed interview and a head-to-toe invasive exam after the trauma of rape. We should test every kit."

Glynis Kazanjian is a freelance writer. She can be reached at Glyniskaz@gmail.com.