Rowles said he also believes that the former sheriff mislead a district judge into signing an order to destroy the evidence, and he has called in the Texas Rangers to investigate 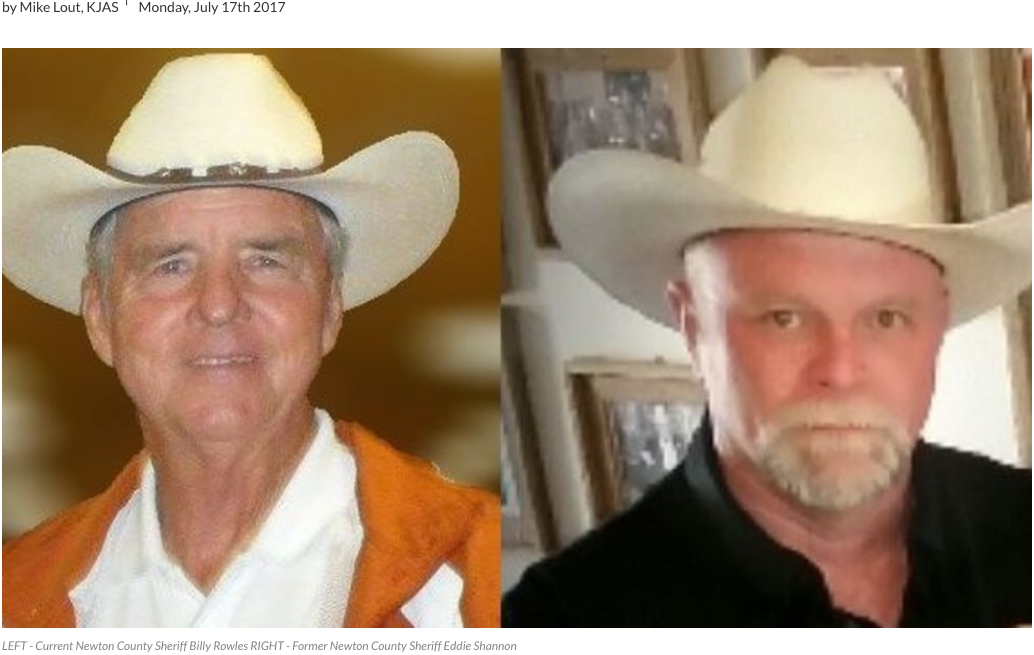 NEWTON COUNTY — Newton County Sheriff Billy Rowles announced on Monday that it has been discovered that evidence in active criminal cases was destroyed in December, just a few days prior to his swearing in on Jan. 1.

Rowles said he also believes that the former sheriff mislead a district judge into signing an order to destroy the evidence, and he has called in the Texas Rangers to investigate.

According to Rowles, the situation recently came to light after a man whose criminal charges had been dismissed came to him and asked if he could retrieve his property that was being held.

Rowles said it was discovered that his property was missing.

Rowles also said that the Newton County District Attorney's Office recently obtained a grand jury indictment against a man in a case involving the death of a woman which was originally deemed an "unexplained death" during the tenure of former Sheriff Eddie Shannon. Rowles said that when he and others went to get the evidence for the DA's office, they discovered that not only was most of the evidence in that case missing, but also evidence in several recent active cases in 2015 and 2016, as well as criminal cases dating back to 2004.

Rowles said that it was later discovered that Shannon, sometime in mid-December of 2016, allegedly asked District Judge Craig Mixon to look at a room full of items, described as "junk", and included old rusty guns, expired narcotic pills and other drugs, and other various items from criminal cases. Rowles said on December 13th, Judge Mixon signed off on an official request from Shannon to be allowed to destroy the items, and they were summarily destroyed three days later on Dec. 16.

Rowles said the problem is that Shannon "mislead" Mixon by not explaining to him that some of the evidence was from active criminal cases, including a recent case which involved the death of a woman. Rowles also said that in his request to the court, Shannon wrote "No criminal action is pending in the cases".

Rowles said he also learned that some of the guns in evidence were taken to Deweyville High School where they were chopped up by school employees. Rowles also noted that he has obtained photos of some of the guns which show them chopped in half.

KJAS News has left a message for Eddie Shannon to call us back and comment of he would like, but we've not heard back from him.

Rowles says he's hoping that the Texas Rangers can get to the bottom of it all.

Rowles said that there are no employees left in the department from the Shannon era.

Eddie Shannon was sworn into office in November of 2012 after former Sheriff Joe Walker abruptly resigned. Shannon had defeated Walker earlier in the year in the May Democratic Primary, and he then defeated two other candidates in the November General Election.

Shannon had tumultuous days in office, which included him being indicted by a grand jury, arrested, tried, and exonerated by a jury on a charge of making threats against the Newton County Commissioners Court.

Shannon was defeated by Rowles in the 2016 election.