There's been a lot of increases in technology for DNA,​ 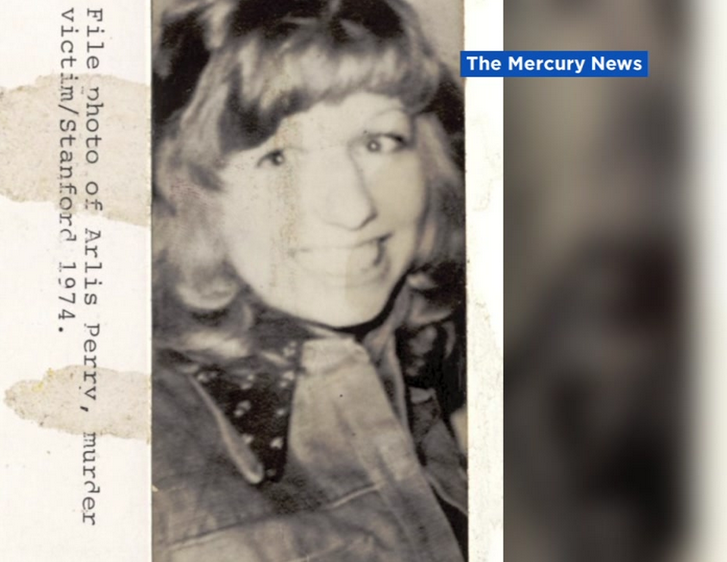 SAN JOSE, Calif. (KGO) -- Officials say a suspect in a cold case from four decades ago at Stanford University appears to have killed himself as deputies were approaching to serve a search warrant Wednesday morning.

Deputies from the Santa Clara County Sheriff's Office were trying to make contact with a suspect they believe is connected to the 1974 murder of a Stanford student's wife, who was found dead inside Memorial Church on the university's campus.

On the morning of Sunday, Oct. 13, 1974, Arlis Perry - a 19-year-old from Bismarck, N.D. - was found dead at the rear of the church by security guard Steve Crawford, according to the Stanford Daily.

Perry, the Stanford Daily reported, "Died by a blow from an ice pick to the back of the head. Found nude from the waist down, she had been molested with a three-foot candlestick. Another candlestick had been pushed up her blouse. She had also been beaten."

Sheriff Laurie Smith told ABC7 News that the suspect appears to have shot himself inside his apartment, on Camden Avenue near Kooser Road, before making direct contact with deputies. "He was someone that had been a suspect in the case for quite a long time," Smith said. "We just didn't have the evidence, but there was not any really strong link, and I believe that now we have the strong link."

Smith said the man realized investigators "had focused on him as a suspect" in the case.
According to a search by ABC7 News, a man named Steve Blake Crawford was listed as living at the address where the suspect appeared to kill himself Wednesday.

Details are still unclear whether words were exchanged before a shot was fired, but Smith confirms it was not an officer-involved shooting. Smith said the man has been a suspect for some time and that DNA evidence was recently re-tested.

"We have a cold case homicide unit and they have been working this case actively since 1974," Smith said. "There's been a lot of increases in technology for DNA, and we were able to get more information that led us to believe that this was the suspect. That's why we were able to do the search warrant today." This comes months after DNA evidence linked dozens of cold case rapes and murders by the Golden State Killer to Joseph James DeAngelo, who was arrested in April 2018.

Officials say a man who's a suspect in a cold case from four decades ago at Stanford University appears to have killed himself as deputies were approaching to serve a warrant.
http://abc7news.com/officials-man-kills-self-as-deputies-try-to-serve-warrant-in-brutal-1974-stanford-murder/3669771/
Tags:
West Coast cold case cold case dna
PRINT