A well-known household product figures prominently in new instructions given to Ohio's first responders on ways to avoid contact with the powerful and sometimes deadly opiate Fentanyl. 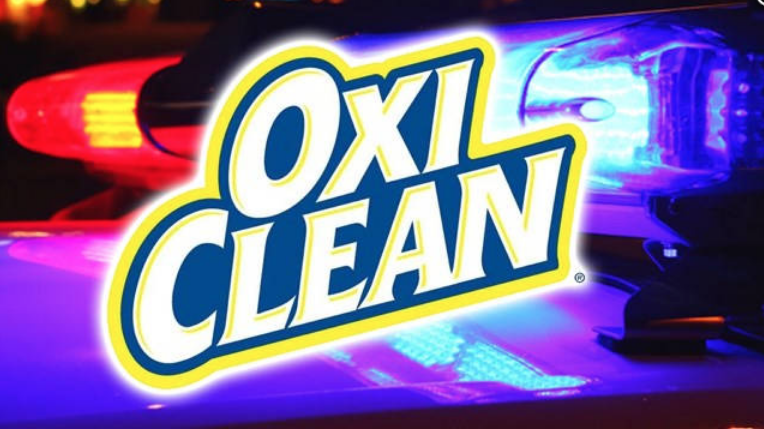 A well-known household product figures prominently in new instructions given to Ohio's first responders on ways to avoid contact with the powerful and sometimes deadly opiate Fentanyl.

Ohio Attorney General Mike DeWine announced on Thursday that the Bureau of Criminal Investigation sent a bulletin to more than 900 Ohio law enforcement agencies explaining cleanup instructions, including supplies needed and proper protective gear that should be worn.

Included in those instructions is the use of OxiClean Versatile Stain Remover™, a household cleaning product.

Bowling Green State University President Mary Ellen Mazey says that researchers have determined that OxiClean ™ has proven scientifically to be effective in cleaning up fentanyl spills.

Scientists with the Ohio Attorney General's Center for the Future of Forensic Science and the Chemistry Department at Bowling Green State University say they proved the effectiveness of OxiClean through experimentation and instrumental analysis.

The product contains sodium percarbonate, a chemical which, in previous research, had been shown to oxidize and break down fentanyl.

Fentanyl is fifty to 100 times more powerful than heroin.

"We plan on publishing our research findings, but we wanted to get the word out about our scientific research as quickly as possible to help those who have to clean up this very dangerous substance," said Dr. Jon Sprague, Director of The Center for the Future of Forensic Science.

A well-known household product figures prominently in new instructions given to Ohio's first responders on ways to avoid contact with the powerful and sometimes deadly opiate Fentanyl. Ohio Attorn...
http://www.wfmj.com/story/36160441/ohio-first-responders-told-oxiclean-will-clean-up-fentanyl-spills
Tweet
How do you feel about this post?
Happy (0)
Love (0)
Surprised (0)
Sad (0)
Angry (0)
Tags:
Big Three: fentanyl Chain of Custody assault  kits altered evidence
Backlog Of Untested Rape Kits On The Agenda When L...
Need, opportunity focus of first day of MSP embezz...
Comment for this post has been locked by admin.