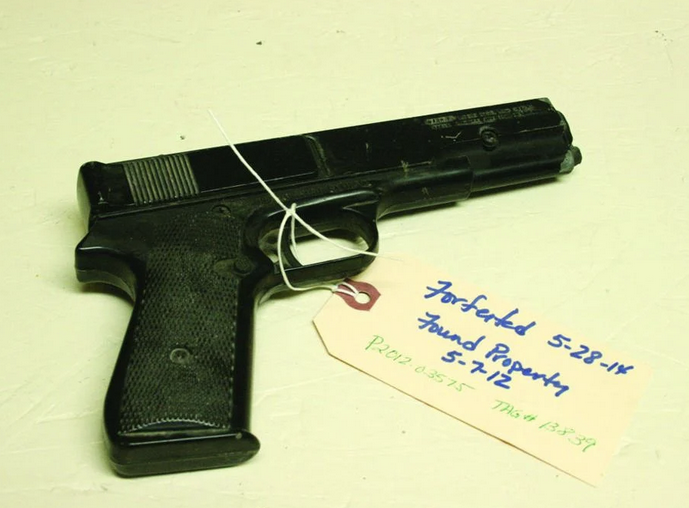 ONTARIO — Security updates to the evidence room at Ontario Police Department are expected to take place sometime in the next couple of months. However, it could be up to two years to get fully reconciled on processing evidence.

That was the latest update delivered from Police Chief Michael Iwai to the Ontario City Council during its meeting on May 24.

Former interim chief Steve Bartol's last day was the week prior. He had stayed on after Iwai's arrival to help keep work on the evidence room moving forward while the new chief got settled in.

Iwai told the council that between March 2 and May 20, Bartol processed 1,571 pieces of evidence, meaning they were destroyed, purged or boxed up to burn.

Further compounding the issue is that there is still a lot of evidence in intake, and not enough going out.

Mayor Riley Hill asked how many more pieces of evidence there were to process. Iwai responded that a conservative estimate was more than 10,000.

When he arrived, Iwai shifted Lt. Jason Cooper off of his special assignment helping Bartol with organizing the evidence room to another assignment. However, with Bartol's departure the department has no evidence technician. As such, Iwai assigned Cooper back to the evidence room.

An overhaul of the evidence room intake and system was necessitated after $900 in cash in the evidence room was found to be missing during the first half of 2021. A follow-up audit in July of 2021 turned up potentially more missing items.

Iwai told the council that information was given to Oregon State Police on May 19 so that it can wrap up its criminal investigation. That investigation has been underway since late August.

"I am waiting to hear back for direction on what to do, which will entail the [Malheur County District Attorney's Office]," he said.

Ontario Police Department has been working with Evidence Management Consultant Services on what needs to be done, and they have a recommendation report which provides detailed information. With that, the agency can "focus on funds to cover infrastructure in dire need."

While that step may sound minor, Iwai said it is a critical need when trying to reconcile or find evidence.

The department will get new software installed at the end of June, which will require training as well as transferring of information from the older system. The chief said he is most concerned about the latter and whether the transfer will be seamless.

The new shelving components have been delayed due to supply chain issues, but are expected to be in by July. The shelf install will be a huge undertaking, Iwai said.

Iwai said the security overhaul wasn't likely to be complete until August and it is hoped the department will have a full-time evidence technician at that point.

Councilor Eddie Melendrez asked Iwai what support he would want from the council to help.

His response was to let the investigation play out from OPD, as well as to anticipate additional costs. Iwai said as they go through infrastructure upgrades, it could exceed funding earmarked for the department in the 2022-23 fiscal year.

"We will try to be as frugal as we can, but you can anticipate requests for additional funds," Iwai said.

ONTARIO — Security updates to the evidence room at Ontario Police Department are expected to take place sometime in the next couple of months. However, it could be up to
https://www.argusobserver.com/news/police-chief-says-it-could-take-2-years-to-fully-reconcile-evidence/article_96e86048-e5ea-11ec-b6cd-abbdce130f64.html
Tags:
West Coast evidence room evidence audit
PRINT