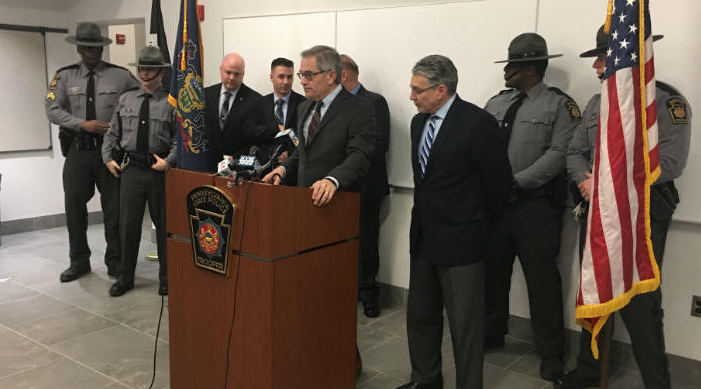 PHILADELPHIA (KYW Newsradio) -- Police have arrested the former boyfriend of a Philadelphia woman, found dead in Montgomery County 30 years ago.

It was November 1, 1988 state police found the body of 31-year-old Debra Wiggins, who had been missing for two months, along the side of Route 309 in Montgomery County.

She was bound, and died from being suffocated. Investigators say it was at the hands of her former boyfriend Charles Maitland, who was already convicted in another murder.

"We spoke to a number of witnesses in this case," he said. "All of them had very helpful and interesting information as it related to this case. Mr. Maitland was not very careful in some of the things that he said."

Maitland was arrested in North Carolina in December, and was just extradited to Philadelphia.

He was previously convicted of voluntary manslaughter in the death of the landlord of the apartment he shared with Wiggins.

"Don't ever give up and if there is any information that might be helpful to us, something you may have heard that you never thought about before or something that you hear, bring it to us and we are happy to look it, no matter what the case is," he said.