Police Officer Accused of Lying About Evidence Quits His Job 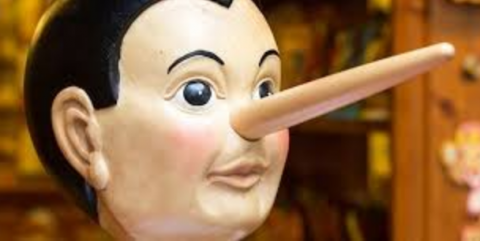 An alleged lie and a body camera recording cost a Burlington, Vermont, police officer his job.

In the officer's official report for an October 2016 case involving a traffic stop, Lopez claimed he smelled the "odor of fresh marijuana emitting from the vehicle."

However, a body camera documented Lopez admitting to a colleague he did not actually smell pot on the man.

According to prosecutors, Lopez said on the recording that despite not smelling marijuana, he "could" if he "needs to," saying, "I don't like going that way if I can't back it up."

Chittenden County State's Attorney Sarah George said she believes the information about the odor of marijuana was "patently false."

As Lopez was under investigation for perjury, he quit his job this week, according to the Burlington Police Department.

A Chittenden County prosecutor has been poring through more than 30 other drug arrests involving Lopez, according to State's Attorney Sarah George.

George said Lopez was so badly tainted by this accusation, that he wouldn't be a credible witness at trial. So she was forced to throw out 14 pending charges against various suspects, she said.

Other charges will stand, George explained, because she and her deputies believe they can prove the charges without the testimony of Lopez.

George said she "absolutely" believes guilty people will be getting away with crimes because those 14 charges will be dismissed.

"I think Ms. George absolutely did the right thing," said defense attorney Leroy Yoder, who represented the drug suspect the former officer is accused of lying about.

Yoder had raised concerns in court filings about the body camera recording.

"It's disappointing," Yoder said of the accusations against the former officer in response to a question from necn. "Nobody likes to think that this stuff happens in Vermont, but obviously, it does."

Investigations by outside agencies are now underway into the officer's behavior, George and del Pozo said, and those probes could result in criminal charges for Lopez.

The other officer involved in the conversation recorded on the body camera is not suspected of inappropriate behavior, del Pozo said.

Christopher Lopez served the Burlington Police for nearly 2.5 years, according to the department. Previously, he worked as a police officer in Baltimore, Maryland.

Chief del Pozo said he is not aware of any disciplinary actions against Lopez in his previous job.

As of Thursday, Lopez has not been charged with any crimes associated with this investigation, and the allegations of wrongdoing against him have not been proven.

An attorney for Christopher Lopez was unable to respond to necn's request for comment before our Thursday deadline.