Nearly $10,000 — including some logged as evidence against Aubrey Earl
Rye, a 52-year-old Interlochen man, who was convicted of armed robbery
in 2014 — vanished from the MSP Cadillac post sometime after Rye was arrested on Dec. 8, 2013. 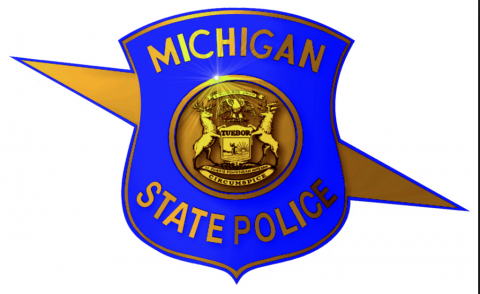 Nearly $10,000 — including some logged as evidence against Aubrey Earl Rye, a 52-year-old Interlochen man, who was convicted of armed robbery in 2014 — vanished from the MSP Cadillac post sometime after Rye was arrested on Dec. 8, 2013.

No one has been charged with the crime more than two years later.

"It does cause one to want to scratch their head a little bit, like 'what's going on here?'" said Randy Smith, a now-retired attorney who represented Rye.

Cam Henke of the MSP's Sixth District Headquarters in Rockford was tasked with overseeing the agency's investigation into the suspected theft. Cooney, who agreed to oversee the Wexford County case as a special prosecutor, said the MSP auditor's first report was released in September 2014.

All state police posts have evidence rooms that are designed to keep evidence secured and locked away, Henke said. He said the Cadillac case was the only missing evidence incident he has investigated in his MSP tenure.

Henke said his investigation ended once Cooney got hold of the evidence collected.

"We completed the investigation, turned it over to the prosecutor and are waiting to hear back from him," Henke said.

But the report was wanting. Cooney said he asked for further investigation and is still waiting on answers to some of his follow-up questions.

"We had enough concerns that we went out and hired our own accountant," he said. "We had this accountant do a review of the files independently."

Cooney hired Heidi Wendel, an accountant with Dennis, Gartland & Niergarth, to do another audit last year. He expects to receive Wendel's report in mid-October.

The report will be key in deciding whether to authorize charges in the case, Cooney said.

But Smith believes the years-long investigation shows a double standard. He said Cooney would have authorized larceny charges against a regular person suspected of stealing cash within the week.

Smith said he's confident the culprit was employed by the MSP.

"I imagine whoever it is has retired from the state police and probably is drawing a full pension as we speak," he said.

Cooney contended the delay is frustrating for him, too. He said he expected to decide whether to charge someone with the crime long ago.

"The whole concern of course is public integrity and that's very important," Cooney said. "I want to make sure we're thorough in our review of this case and the public is confident that we did everything that we could to resolve this matter in the most judicious manner possible."