The Sexual Assault Kit Initiative provides money to states to inventory and test kits and provide resources to victims of sexual assault. 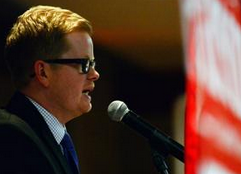 The committee dedicated $3 million in federal funds to the Attorney General's Office, which would be obtained by applying for grant money through the U.S. Department of Justice. The Sexual Assault Kit Initiative provides money to states to inventory and test kits and provide resources to victims of sexual assault.The effort was spearheaded by Sen. Caleb Rowden, R-Columbia, who proposed the amendment to the budget on Wednesday.

The Senate version of the budget was passed Wednesday night by the appropriations committee and will now go to the full Senate, where amendments can be made. It will then go to a conference committee, where representatives and senators will work hash out their differences and complete the final version.

On Thursday, an expansive bill passed the House that includes a provision to allocate more money from the Crime Victims Compensation Fund to the state's crime labs, which process sexual assault evidence kits, among other evidence.

The compensation fund comes from certain court fees. Currently, $250,000 from the fund goes to crime labs each year. The bill would set that as a minimum, and allow up to $1 million to go to the labs.

Brendan Crowley contributed to this report.

A Missourian investigation last year revealed that no one knows how much sexual assault evidence has never been tested in the state. The attorney general announced shortly thereafter that his
https://www.columbiamissourian.com/news/state_news/senate-adds-money-for-sexual-assault-evidence-kit-testing/article_5a319816-4415-11e8-9d94-a705e6046eda.html
Tags:
altered evidence assault  kits Chain of Custody Big Three:
PRINT