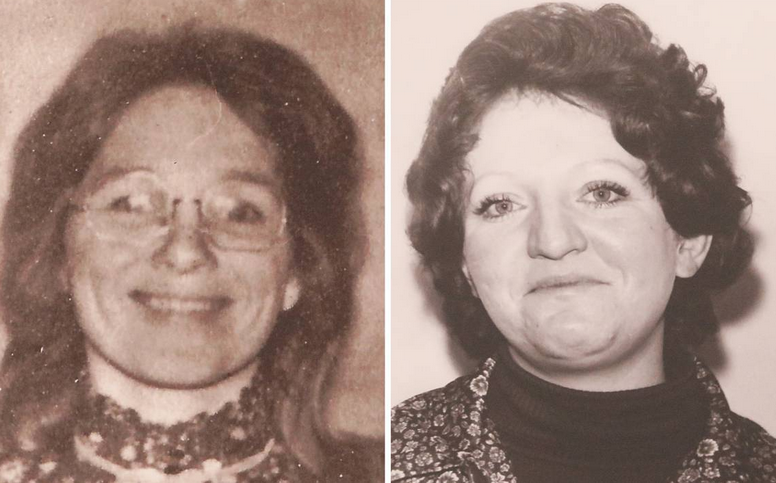 After more than 40 years, a suspect in a pair of Atascadero murders has been identified thanks to DNA evidence, the San Luis Obispo County Sheriff's Office announced in a news conference Wednesday.

Arthur Rudy Martinez, now deceased, is suspected of killing two women in Atascadero in 1977 and 1978, the Sheriff's Office said.

Less than two months later, Patricia Dwyer, 28, was found dead in her rented home on Del Rio Road in Atascadero on Jan. 11, 1978, according to Tribune archives. She had been stabbed in the chest.

In a Jan. 12, 1978, Tribune article about the Dwyer case, then-Sheriff George Whiting said authorities were looking for connections between the killings.

Both women were sexually assaulted, according to Tribune archives, and authorities said at the time that they believed Dwyer may have known her killer, since there was no sign of forced entry into her home.

Both women were believed to have been killed by the same person, according to Tribune archives.

Martinez lived in Atascadero and Paso Robles for roughly six to seven months leading up to the murders, said Det. Clint Cole, the Sheriff's Office's cold case investigator. At the time, Martinez was on parole after serving about a decade in prison for attempted murder and rape in Fresno.

At the time of the murders, Martinez was living in Atascadero and working at a welding shop in the North County, according to Cole and the Sheriff's Office.

"We found nothing to show the victims knew him," Cole said, noting that authorities showed Martinez's photo to the victims' family and friends and "nobody recognized him."

Because of Martinez's status as a parolee, investigators identified him as a suspect early on but couldn't find any evidence at the time that linked him to the crimes, Sheriff Ian Parkinson said at Wednesday's news conference.

Martinez is believed to have fled the area soon after Dwyer's murder, according to Parkinson.

Martinez relocated to Spokane, Washington, where he was arrested for a series of robberies and rapes, the Sheriff's Office said. In November 1978, Martinez was convicted and sentenced to life in prison for those crimes, Parkinson said.

Martinez escaped from prison in 1994 and spent 20 years living under an alias in the Fresno area, the Sheriff's Office said. In 2014, he returned to Washington and turned himself in.

Cole said authorities believe Martinez turned himself in because he had terminal cancer and could get better medical care in prison.

Martinez died at age 65 in June 2014 in a Washington state prison, about a week shy of his 66th birthday, according to the Sheriff's Office.

On Wednesday, Parkinson said Martinez was identified thanks to DNA evidence collected at the scene of the original homicides.

In February, that search turned up a match with a family member of Martinez who had been arrested for an unrelated felony, according to Cole.

Officials tracked down a girlfriend of Martinez who lived with him in Fresno and used an old razor of his from her medicine cabinet to confirm Martinez's DNA, Cole said. It's extremely unlikely that the DNA matches someone other than Martinez, Cole said.

Martinez's identity was additionally corroborated thanks to a witness to one of the original murders who positively identified a picture of Martinez as the man she had seen.

"The solving of the case brings closure to the family and the community," Parkinson said at the close of the press conference Wednesday. "There's many in the community that still recall the homicides that occurred at that time."

Dwyer and Antunez didn't know each other, but they both frequented the Tally Ho Bar in Atascadero and had some friends in common, the Sheriff's Office said.

Dwyer, an employee at Atascadero State Hospital, told a friend on Jan. 10, 1978, that she was going to the grocery store and then staying home to clean. She was found the next afternoon, stabbed in the chest with a knife from her kitchen drawer.

While Dwyer reportedly wouldn't let a stranger in her home, she had a key under the mat, the Sheriff's Office said.

Both women were sexually assaulted, and both women had their arms bound behind their backs by "different bindings" that were found at the scenes, the Sheriff's Office said.

Cole told The Tribune the motive in both the murders was sexual assault.

"That was his history," Cole said of Martinez. "All of his cases, including the Washington cases, were crimes of opportunity."

Though neither Dwyer nor Antunez reportedly knew Martinez, detectives don't know if Martinez knew the victims before the murders, the Sheriff's Office said.

Authorities ask anyone with information about Martinez to call Cole at 805-788-2157.

After scandal, ‘nothing to hide’ in new Braintree ...
Former Kenmore police chief gets probation for ste...