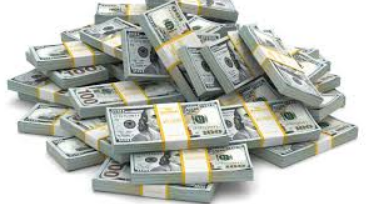 The Sterling Police Department will have a little more space in its evidence room, thanks to a decision by the Sterling City Council Tuesday night.

During his report to the council, City Manager Don Saling said the SPD wanted to be able to put money that it recovers or receives by various means, including criminal investigations as well as money that has been found and turned in, into a special bank account, rather than keeping it in the evidence room as it is now. However, the Bank of Colorado required a signed copy of council minutes giving permission to do so before it would open an account for that purpose.

Saling noted that they estimated around $29,000 is being held in the evidence room. While that room is secure, he said they feel it would be safer if it was simply deposited in the bank.

The account would have safeguards such as requiring an authorized representative from the SPD to sign checks in order to release the funds. However, City Attorney Curt Penny had questions about chain of custody concerns for cash that might be evidence in a crime.

Sterling Police Chief Tyson Kerr explained that if they recover cash that might have physical evidence, such as fingerprints, on it, that money wouldn't be deposited, as once it goes in the bank, they would no longer be able to access those particular bills. However, he said a lot of the money they are holding now is involved in fraud cases, and therefore they do not need to hold it in evidence. He added that it is common and considered best practice to deposit such funds in an account rather than holding on to the cash.

The council authorized the account on a 6-0 vote, with council member Brenda Desormeaux absent.

The council had just two action items for new business at the meeting, both of which passed unanimously. The first was to authorize spending $3,329 to replace dead trees, plants and shrubs in the landscaping around the sculptures located at Front and Main streets. The plan is to replace the dead plants with the same species; Saling said that there is a drip sprinkler system installed there, and they are not certain what caused the plants to die, but those species were specifically selected for this region. The funds will come from the city's hotel tax funds, which are earmarked for beautification.

The second resolution approved a new intergovernmental agreement between the city and the Sterling Rural Fire Protection District. The existing agreement was set to expire in April of this year. Saling noted that the new agreement will result in a slight increase in compensation from the SRFPD's mill levy for the services provided by the Sterling Fire Department. The district also provides equipment such as brush trucks to the SFD.

The new agreement is good for 10 years, unless terminated by either entity under terms outlined in the document.