Any and all documents regarding the surrender and disposition of weapons to the Lloyd Harbor Police Department" from Jan. 1, 1987 to present. 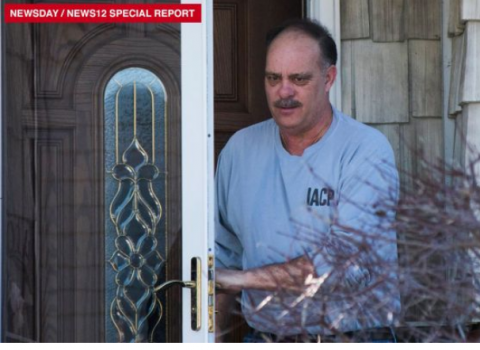 The Suffolk County district attorney's office has issued subpoenas to the Village of Lloyd Harbor for police records, the village's mayor said Friday.

One of the subpoenas requested payroll records, time sheets and other documents related to former police chief Charles Flynn.

Mayor Jean Thatcher said she was "ready to comply," but referred questions to the village attorney and the district attorney's office. Village attorney John Ritter said the subpoenas requesting documents had been served to the village but did not specify what information was being sought. "We did get some subpoenas, but as far as what's going on I have no comment on that because I have no knowledge," he said.

One subpoena states prosecutors are seeking:

Flynn, 61, a Lindenhurst resident who retired in November, declined to comment. advertisement | advertise on newsday Ritter also declined to comment on Flynn's work for the village or the circumstances of his departure, saying, "We are precluded by law from talking about personnel matters having to do with the police department." Robert Clifford, a spokesman for the Suffolk district attorney's office, declined to comment about the subpoenas.

Thatcher said Flynn worked in the village for 34 years, 25 of those in a supervisory position and he retired in November. "I'm actually wondering why this was all stirred up," said Thatcher, speaking outside village hall Friday morning.

Flynn retired on Nov. 11, but said the calculation of the dollar amount of his pension benefits had not yet been completed. The village clerk has not responded to a request for Flynn's termination pay, the bulk payout of vacation, compensatory and sick time. Lloyd Harbor, a bucolic North Shore village in the Town of Huntington of about 3,600 people replete with multimillion dollar homes, doesn't have a crime problem.

In 2015, there were 13 larcenies, zero burglaries and no stolen vehicles in the village, according to statistics from the state division of criminal justice services. Yet Flynn's latest contract, which ran from 2015 through 2021, allotted him 288 hours of overtime annually, allowed him to accrue up to another 200 hours of compensatory time — described as work for "additional oversight, supervision and administration" — and another 160 hours annually in the event that there was a need to increase staffing for "weather related occurrences, village programs such as deer management and any special purpose/event as directed by the village board," according to a copy of the contract.

Flynn's salary as of June 1, 2015 was set at $190,463 for 152 hours a month. He received an 8.8 percent raise a year later, putting him at $207,233, according to the contract. This June, he was set to get another 8.8 percent increase, and would have been making $225,490. Asked about Flynn's contract — specifically his nearly 9 percent annual raises and guaranteed overtime — the mayor said: "I can't really comment; it's much more complicated than that." advertisement | advertise on newsday Thatcher disputed the notion that Flynn's contract was too generous.

"We don't feel that it was at all," she said. "We feel that he did an excellent job. And I think that you need to look into it further if that's what you want to do, you know." The contract also ensured that Flynn would oversee movie or television filming in the village to ensure safety and traffic control, and according to the contract, payment for that work was not to be included in the overtime already guaranteed to him Flynn was paid a time-and-a-half rate for the movie and TV work. Asked about the terms of Flynn's contract, Ritter, the village attorney, referred questions to William DeWitt, the village's labor attorney.

DeWitt said he had not reviewed Flynn's contract. Tim Hoefer, executive director of the Empire Center, said it should be standard operating procedure for a labor attorney to review an employment contract and to compare it to similar municipalities. advertisement | advertise on newsday "Even in the wealthiest community, municipalities don't have money sitting around ready to burn," said Hoefer. "You won't find me in a position to say one particular person is paid too much, but I will always question whether or not due diligence has been followed to make sure they are paying this person what they need to pay them to have them do a really good job." Ron De Lord, a Texas-based attorney who specializes in law enforcement union contract negotiations, looked at Flynn's contract at Newsday's request and said while his compensation is "a lot of money," he noted that Long Island police officers rank as among the highest paid in the nation.

However, DeLord said, Flynn's ability as a chief to be paid overtime in general — not to mention the guaranteed hours of overtime — is virtually unheard of in law enforcement. "Most chiefs don't have as lucrative a deal, but they're not on Long Island," said DeLord, a former police officer in Beaumont, Texas and law enforcement union leader. "If the taxpayers of that town don't give a hoot, then I guess nobody gives a hoot. But is it normal? No, it's not normal. It's a heck of a deal."

After Flynn's retirement, Lloyd Harbor hired Nassau acting Police Commissioner Thomas Krumpter as a consultant on Jan. 9 to "provide evaluation and recommendations, as appropriate, regarding the operations of the Lloyd Harbor Police Department," according to a memorandum from Thatcher and Deputy Mayor William Burdo to village police officials. Krumpter, who oversees Nassau's nearly 2,500-member force, has made a handful of visits to the village police station since then, according to sources.

Krumpter, in an interview, confirmed his work and provided an opinion he said he sought from the Nassau County Board of Ethics, which OK'd his consultant work for Lloyd HarborMineola-based attorney Steven G. Leventhal, in an advisory opinion to County Attorney Carnell Foskey dated Dec. 12, said: "A prohibited conflict of interest would not exist if the Commissioner of Police were to accept secondary employment as a consultant, providing compensated advisory services to a police department serving a jurisdiction outside of, and not contiguous to the county." Neither Krumpter nor the village would immediately provide a copy of the contract. But a source said Krumpter was to be paid $10,000 for his work, at a rate of $150 an hour, for the 90-day contract.

Thatcher described Krumpter's consultant work as: "He's looking into our police operations, he's looking into best practices, protocol. I think it's a very prudent thing to do, when we have a retirement of a very longtime chief." Asked whether Krumpter was a contender for the chief post vacated by Flynn, Thatcher said: "I don't know at the moment." Krumpter, who is mulling his future after the criminal indictment of his boss Nassau County Executive Edward Mangano on corruption charges to which he's plead not guilty, was noncommital about the Lloyd Harbor job on Friday. "I wouldn't say I have interest; I wouldn't say I have no interest," said Krumpter. "I work for the Nassau County Police Department. I love my job."