He declined a plea deal this year on four misdemeanor charges related to keeping case evidence in a personal storage locker. 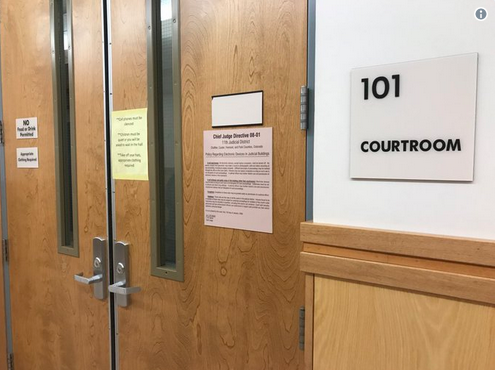 A 6-person jury is now seated in the trial of former Fremont County Sheriff's investigator Robert Dodd. He declined a plea deal this year on four misdemeanor charges related to keeping case evidence in a personal storage locker.

The case revolves around the 2006 unsolved murder of 17-year-old Candace Hiltz, who was found shot to death in her Copper Gulch home. According to investigators, Hiltz was shot 7 times with 3 different guns.

Dodd was one of the responding officers to the scene. According to the victim's mother, the scene was not processed in a timely manner and now she's worried the case will never be solved.

Late in 2016, state investigators were contacted by Rick Ratzlaff. He won an auction for the content's of Dodd's unit at a storage facility after Dodd defaulted on monthly payments. In the coming months, investigators visited a nearby landfill where they reportedly found more evidence in the case.

Robert Dodd retired as a lieutenant in April 2017 shortly after he was placed on administrative leave by Sheriff Jim Beicker. Prosecutors had filed charges of second degree official misconduct and abuse of public records. After leaving the sheriff's office, Dodd found another law enforcement job in Texas.

News 5 tried to get Dodd's side of the story this spring during a preliminary hearing. Before we could ask any questions, though, he left through a side door of the courthouse. Our reporter caught up with him outside instead, though he did not answer any of our questions on camera. His attorney can be heard on camera saying "wait until you hear the evidence."

Cameras are not allowed in the courtroom, so News 5's Lena Howland is covering the case via Twitter @LenaHowland. She'll also provide a full wrap of today's events tonight on News 5 at 5 p.m. and 6 p.m.