A wide assortment of electronics, knives, tools, jewelry, even clothes — will soon be listed for sale on PropertyRoom.com, 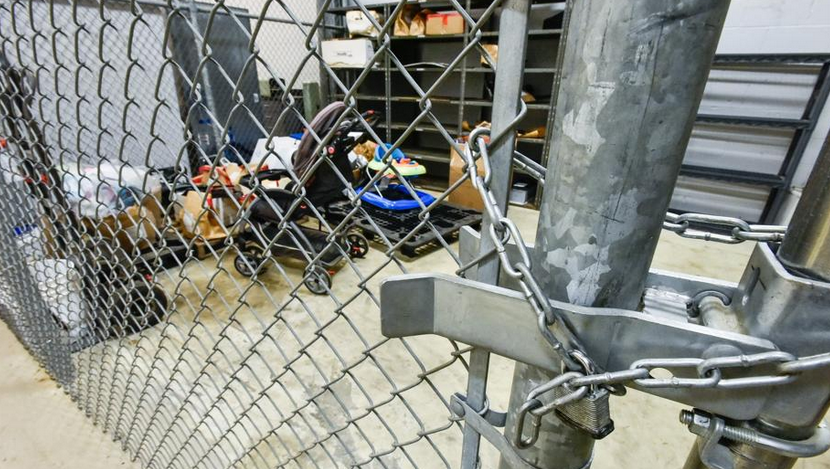 A hodgepodge of property that was either evidence in a crime or found on the streets of West Chester Twp. will soon be available for purchase in an online auction. And starting prices are one cent.

A growing number of police departments, including West Chester, are selling evidence from criminal cases where the appeals have been exhausted as well as other unclaimed property.

Out of the most recent list of 220 items, Butler County Common Pleas Judge Michael Oster ordered a Black Desert Eagle Replica Airsoft gun with magazine and other gun-like items be destroyed rather than sold.

While a BB gun isn't illegal, Officer Ernie Malott said the township and the judge didn't want to take a chance the items become part criminal activity and have the township traced as the seller.

"You hear it all the time now that (a criminal) pulls out a fake gun and (someone) gets killed," Malott said.

The rest of the items — a wide assortment of electronics, knives, tools, jewelry, even clothes — will soon be listed for sale on PropertyRoom.com, according to Cupp.

Found property and items that aren't needed for court cases — or ordered destroyed by a court — are held for at least 90 days. If the owner doesn't claim it, the person who turned it in can claim it before the the township puts it up for auction.

All items are logged in through a computer system and stored in lockers of various sizes inside the township's Beckett Road police station.

"It's very critical that this stuff is very detailed because we're essentially the safeguards," Assistant Police Chief Brian Rebholz said. "We're the holder of somebody else's property and we take that very seriously."

It's not a detailed list, but if someone has lost something, like two 2015 Central High and one Kennedy High School class ring that are going on the auction block, they can possibly retrieve them.

"It gives the public a last ditch effort of, 'Oh I did lose something.' Maybe I should call and check," Cupp said.

West Chester police will be selling a cache of evidence and property in online auction.
https://www.journal-news.com/news/for-auction-crime-evidence-lost-items-stored-west-chester-property-room/U3fyRpcTuTjgn08BQEQmUN/