He is accused of stealing $12,000 from a Normal house while responding to a 911 call about an overdose, then trying to return the money 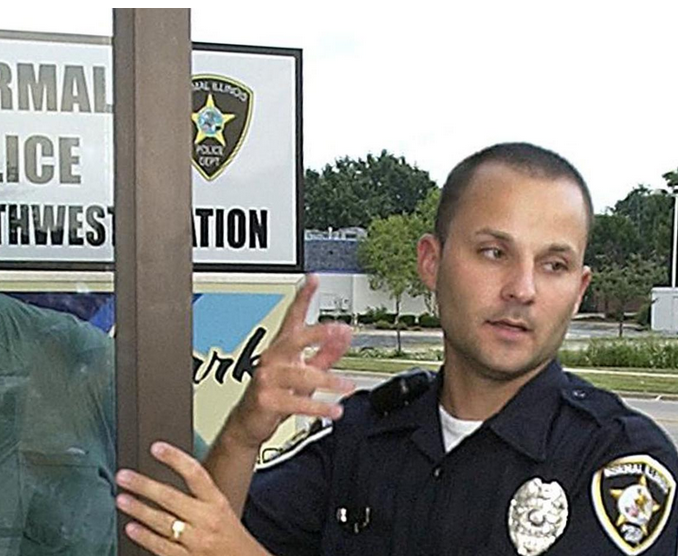 NORMAL — A Normal police officer who tried to return money stolen during a call was caught during a sting operation in Pontiac, authorities say.

Brian Williams is charged with felony theft and official misconduct. He is accused of stealing $12,000 from a Normal house while responding to a 911 call about an overdose, then trying to return the money, police said. State police arrested Williams, 46, at 6:30 p.m. Friday in Pontiac on preliminary charges of two counts of theft and two counts of official misconduct.

He was taken to the Livingston County jail and released on a $30,000 personal recognizance bond. The arrangement did not require him to post any money.

Williams could not be reached Monday by The Pantagraph. In a custody hearing Sunday, he was represented by Assistant Public Defender Bryan McIntire, but McIntire was not appointed to represent him, according to McLean County Assistant State's Attorney Aaron Hornsby.

Williams, an 18-year veteran of the department, has been placed on paid administrative leave pending the outcome of an internal investigation, said Police Chief Rick Bleichner. Illinois State Police are leading the criminal investigation.

Williams is scheduled in court on Dec. 20.

According to court documents filed Monday, Williams was among Normal officers who responded to a 911 call of a possible drug overdose on Nov. 25 at a Normal home. One person was pronounced dead at the scene; a relative later contacted police and said money in the house was missing.

Two days after the death, the relative said her phone recorded three unanswered calls from an unidentified number. When she answered a call the next day, the caller said the money would be returned to her if she dropped the investigation and stopped speaking to police, court documents said.

The caller called again as the woman was speaking to state police, and she told the caller to meet her at a Pontiac gas station. State police said they arrested Williams after he placed a money bag in a phone booth and called the woman to say he'd delivered the money.

The two theft charges allege different ways the crime could have occurred: either theft by exerting unauthorized control over more than $10,000, or by possessing stolen money, said Hornsby. Williams also was charged with official misconduct for each theft count because he was acting in his role as a police officer when the incident occurred.

Williams has been charged by information, and the case will be presented at a later time to a grand jury for indictment, said Hornsby.

A Normal police officer has been arrested on theft-related charges following an investigation by Illinois State Police.
https://www.pantagraph.com/news/local/public_safety/updated-police-normal-cop-faces-felony-charges-in-theft-of/article_c2c0b597-ff50-54b8-a6e9-8bca928f9f2c.html
Tags:
accussed of stealing
PRINT