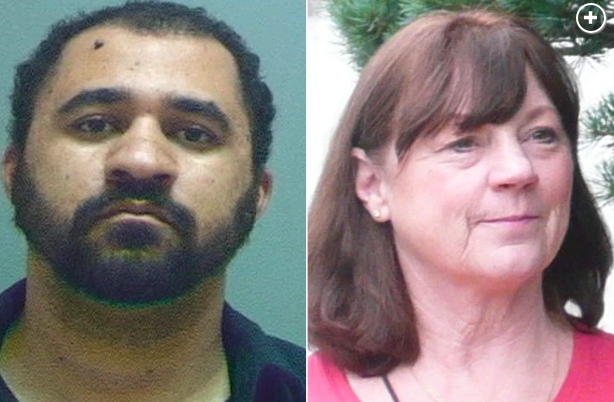 A Utah man has confessed to the cold-case murder of Sherry Black, who was stabbed to death at her bookshop nearly a decade ago, authorities said.

Adam Durborow, 29, of Orem was arrested Saturday on an aggravated murder charge in connection to the high-profile killing of 64-year-old Black in South Salt Lake on Nov. 30, 2010, news station Fox13 reported.

No persons of interest had ever been announced until now after Black was beaten and stabbed inside her bookstore, B&W Billiards and Books.

The primary evidence left behind at the crime scene was a men's Armani Exchange belt and blood collected from in the store, police said.

DNA testing revealed that the blood belonged to a man, but no match was made when it entered at the time through a criminal database, the Deseret News reported.

In 2017, police announced on the anniversary of her murder that they put the DNA through a phenotyping process, which predicts a person's physical appearance and ancestry, the outlet reported.

Police said DNA was collected from Durborow Wednesday and returned as a match the following day.

When he was taken into custody over the weekend, Durborow admitted to the killing after being read his Miranda rights, Fox13 reported.

Durborow — who also faces an aggravated burglary charge — is being held without bail at Salt Lake County Jail, the outlets reported.

Durborow would have been just 19 years old at the time of Black's murder.

He has a rap sheet that included a shoplifting offense in September 2010, just two months before Black's murder, the Deseret News reported.

He also committed another theft on Jan. 15, 2011, and was ordered to six months in jail.

On his Facebook page, Durborow wrote in May 2012 that he "made some choices to change my life, regardless of what comes I will face it with humility and acceptance."