Last year, Gulluni released a computer-generated rendering of a suspect using new technology that analyzed the DNA to predict the suspect's physical characteristics. 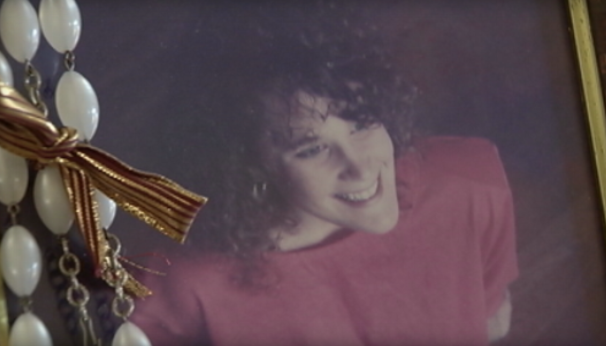 SPRINGFIELD, Mass. -- Massachusetts prosecutors say they've made an arrest in the slaying of a middle school teacher's aide 25 years ago.

A court on Friday issued an arrest warrant for 48-year-old Gary Schara of West Springfield in the April 1992 rape and murder of Lisa Ziegert.

The 24-year-old Agawam assistant teacher was working her night job at a gift shop when she disappeared. Her body was found four days later in a wooded area about four miles away. She had been raped and stabbed.

Ziegert told her friends and her sister in the days leading up to her disappearance that she felt like she was being watched, reports CBS affiliate WSHM. Over the last 25 years, a joint investigation has been conducted by Agawam Police, Massachusetts state police detectives assigned to the Hampden County District Attorney's office, the Massachusetts State Police Crime Lab, and the FBI.

Investigators were able to develop a male DNA profile from evidence recovered at the scene, but it hasn't matched anyone included in national and international databases, Hampden County District Attorney Anthony Gulluni said at a Monday press conference. Last year, Gulluni released a computer-generated rendering of a suspect using new technology that analyzed the DNA to predict the suspect's physical characteristics.

With the help of the rendering, detectives who were giving the case a fresh look honed in on a small group of people of interest who had surfaced in the investigation over the years, but for whom investigators did not have DNA samples.

Schara was among them, Gulluni said. He had first surfaced on investigators' radar in 1993, Gulluni said, but he would not say why.

On Wednesday, Massachusetts State Police tried to notify Schara that he was among the group from whom authorities were seeking DNA samples through a legal process.

Schara wasn't at home, Gulluni said. But the next day, a person close to Schara contacted investigators and provided them with handwritten documents, purportedly written by Schara, in which Schara allegedly admitted to abducting, raping and murdering Ziegert.

Gulluni wouldn't identify the tipster or detail what was in the writings other than to say he believes it amounts to a confession.

Investigators then obtained samples of Schara's DNA through search warrants, and they matched the profile taken from Ziegert's body, Gulluni said.

When authorities attempted to locate him, Schara fled to Connecticut, where he apparently attempted suicide. He was found at a Rockville hospital, where he was arrested.

"Through the determined and skilled work of many investigators, we have arrested the person responsible for the heinous acts committed against Lisa, and the 25-year search for answers is over," Gulluni said.

It wasn't immediately clear what if any connection existed between the suspect and the victim. Gulluni said investigators believe they know a motive, but he wouldn't detail it.

"We have a sense of why he did it, yes," Gulluni said in response to a reporter's question.

Gulluni praised the Zeigert family, who sat nearby as he made the announcement, calling them patient and supportive.

"They've been a source of inspiration and drive for me and everyone who has worked on this case," Gulluni said.

Ziegert's mother says her family is grateful to finally obtain justice. Diane Ziegert remembered her daughter as funny, bright, bubbly, and "a little bit stubborn." She lauded investigators for their determination in closing the case and said the arrest was "solace to our hearts."

"We'll do anything, and sit through anything to have this happen, and to face this person and to say, 'We got you,'" Diane Ziegert said. "…No matter how long it takes, you can always be brought to justice."

Schara is charged with murder, aggravated rape and kidnapping. It wasn't clear whether he had an attorney.

He was discharged from the Connecticut medical facility on Monday and is currently being held in Connecticut on a fugitive from justice charge, WSHM reports. Massachusetts officials are awaiting court proceedings to determine when Schara will be returned to the state.

© 2017 CBS Interactive Inc. All Rights Reserved. This material may not be published, broadcast, rewritten, or redistributed. The Associated Press contributed to this report. 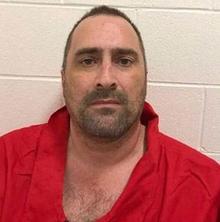