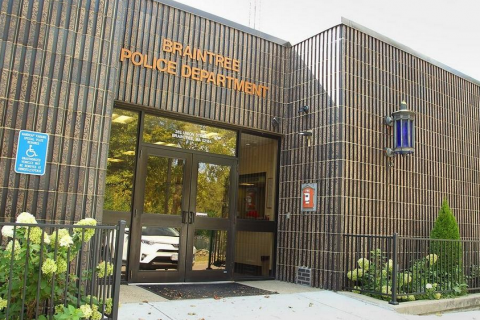 Friday Posted at 7:21 AM Updated at 9:05 AM Share By Neal SimpsonThe Patriot Ledger BRAINTREE – The picture painted by the audit of the Braintree evidence room is grim: money envelopes torn open, their contents gone; property left on the floor despite empty shelves; and haphazard records that gave no clues to the whereabouts of large quantities of missing guns, drugs and cash.But the Braintree police are not alone. In Framingham, police last year launched an investigation into money missing from the police department's evidence room after cash envelopes were discovered in the car of an officer who had been charged with overseeing the room. And outside Massachusetts, authorities are investigating missing cash and drugs in police and sheriff's evidence rooms in Missouri, Indiana, New Mexico and Washington State, to name a few.

"There's a lot of stuff going on out there," said Joseph T. Latta, executive director of the International Association for Property and Evidence Inc., one of the few organizations that trains law enforcement agencies on how to handle evidence.

Latta said evidence problems persist in many of the nation's local police departments because most local police chiefs are left to make up their own policies to govern how officers transport, store, package, label and document thousands of guns, drugs and other potentially valuable evidence in such a way that prosecutors can later prove it was never tampered with. He said no state in the U.S. has laws about evidence handling by police, and only a few West Coast states offer guidelines for police departments.

The most rigorous standards for evidence handling, like those advocated by Latta's organization, call for annual inventories, random audits and other safeguards to make sure that procedures are being followed.

But in reality, chiefs aren't always able to make sure their evidence officer is doing his or her job and that everything in the evidence room is in its place, said Mark Leahy, executive director of the Massachusetts Chiefs of Police Association.

"It's always a tough thing when you have somebody in that job for a long time," Leahy said. "Usually the problems are found when somebody retires or dies and the next person comes in and says, 'Wow this needs work.'"

District Attorney Michael Morrissey announced Thursday that his office would begin providing "substantial grants" for any police department in Norfolk County that needs an audit of its evidence room. He said his office was also looking into training programs for evidence management and plans to provide training for any evidence officers in the county.

Latta, who also works as an instructor teaching evidence handling practices, said in many cases chiefs don't even know how their evidence room operate, let alone whether the officers working in them are doing what they're supposed to be doing.

"The vast, vast, vast majority of police chiefs don't know what they do in there," he said.

That appears to be the case in the Braintree police evidence room, where an auditor was recently unable to locate more than 4,000 pieces of narcotics evidence, 60 firearms and $400,000 in seized cash, though police later accounted for some of the missing items. Officials have said that missing evidence was first discovered this past May, around the same time that the officer overseeing the evidence room, Susan Zopatti, was found dead of a self-inflicted gunshot wound.

The department has had an evidence management policy in place since at least 2002, but the audit and training documents provided to The Patriot Ledger show that many of the most basic procedures were not being followed, including an annual inventory of evidence kept at the police station. The auditor has recommended a slew of new policies to govern Braintree's evidence management practices, some of which officials say are already in place.

Some guidance for evidence management can come with accreditation, but the process is so time-consuming that not many Massachusetts departments have completed it. As of last month, only 61 law enforcement agencies had been accredited by the Massachusetts Police Accreditation Program – including the Randolph, Canton and Duxbury police departments – and another 24 had been certified, a lower standard.

Latta, however, said policies and procedures are worthless for a department unless they're actually used. He said departments have traditionally viewed evidence management as a low priority and even in some cases assigned it to officers as punishment or as an an entry-level responsibility that is quickly passed along to the next new recruit.