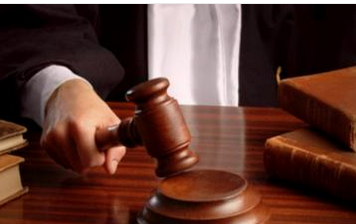 MANHATTAN — A man arrested last year after DNA connected him to the 1995 rape of a 25-year-old woman in the West Village was convicted for the cold case crime, the Manhattan District Attorney's Office announced Monday.

Joseph Giardala, 46, robbed the woman at knifepoint and then sexually assaulted her in a West Village vestibule on Jan. 23, 1995, according to the DA's office. The woman immediately went to St. Vincent's Hospital where a rape kit was collected.

A DNA profile was developed in 2002 as part of the city's Rape Kit Backlog Project and uploaded to an FBI database.

Giardala was arrested in early 2015 for stealing change from a fountain and then biting a private security guard's hand in Florida, according to a spokeswoman for Palm Beach County police department. The DNA profile taken at the time of his arrest matched the database profile from the rape kit.

"Had New York City not tackled its own rape kit backlog more than a decade ago, Joseph Giardala may never have faced justice for this brutal attack," District Attorney Cyrus Vance said in a statement. "Convictions like this underscore the necessity of testing backlogged rape kits, and the power of DNA evidence to solve crimes across state lines."

Giardala was expected to be sentenced on Aug. 3, according to the DA's office.

His lawyer did not return an immediate request for comment.